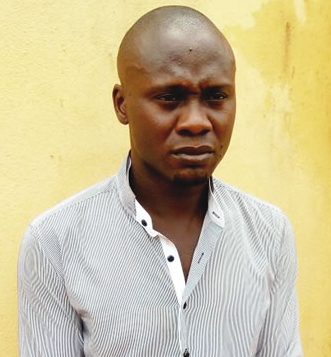 Officials of the Inspector-General of Police (IG), Ibrahim Idris, Special Intelligence Response Team (IRT) have arrested a suspected fraudster, for posing as Idris to use President Muhammedu Buhari’s name to defraud a Saudi Arabia-based medical doctor of $10,000.

The police said the 29-year-old suspect, Ekperebuike Akadonye, specialised in impersonating Idris on the internet. Akadonye told operatives of IRT that he contacted his victims via an email address, igofnieria@outlook.com, purportedly belonging to Idris.

He claimed that President Buhari, in his anti-corruption fight, had directed the IG to refund foreign victims, who had been defrauded by Nigerians in the past. Alkahallaf, who had previously been duped by some Nigeria-based internet fraudsters, was said to have fallen for the ruse. A police source said: “Immediately Alkahallaf received the email, he quickly replied, believing he was dealing with real IG. He was eventually made to pay $10,000 in several instalments before he could get back his lost funds. 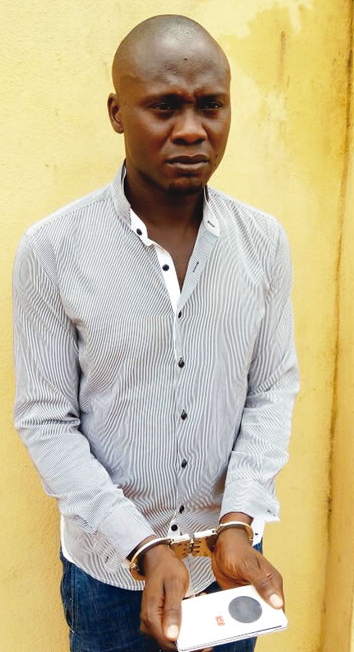 “When Akadonye realised the doctor had fallen for his trick, he started demanding money from him. The victim was made to pay money to hire a lawyer who would represent him since he is not based in Nigeria as well as opening bank accounts and obtaining ATM cards.”

Alkahallaf was said to have later contacted the IG Idris through the Saudi Arabian Embassy in Nigeria. He complained of how he has been duped twice by Nigerians. Idris swung into action immediately and directed IRT to trail and apprehend the fraudster.

The team trailed Akadonye to his hometown of Isiala-Mbano in Imo State and apprehended him. Recovered from him were a mobile phone and a laptop used in carrying out the fraud. Akadonye said that it was poverty which led him into the crime.

According to him, he was formerly a trader, but his shops were demolished by Imo State Government and as a result became financially handicapped. The suspect added that his situation forced him to begin to seek others means of survival.

He said: “After my shops were demolished, I had to look for what to do. One of my friends led me into internet fraud. I started by searching for prominent persons on the internet.

“When I found Dr. Alkahallaf, he told me that he had some inheritance funds in Nigeria and he wanted to claim them. I told him that the President had mandated me to assist victims of fraudsters to get back their lost funds. I asked him to pay for a lawyer and to also open a bank account and get ATM cards. He believed and paid me some of the money.”