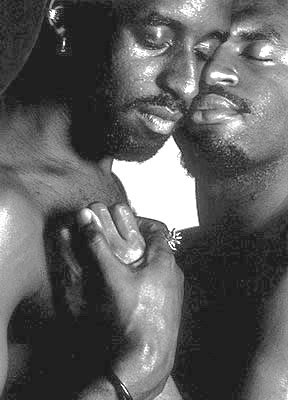 Oct 4, 2013 – Nigerian Gay Men Arrested In Osogbo, Osun State For Having Sex Inside The Church Auditorium

2 suspected gay men, Mr Samuel Friday and Oni Oluwatobi have been arraigned in an Osogbo Magistrate Court for allegedly having sexual intercourse inside the auditorium of a church in Osogbo, the capital city of Osun State Nigeria.

The suspected homosexuals, who were facing trial before Magistrate Olusola Aluko over allegation of indecent sexual practice, were arrested at the Peace of Jesus Apostolic Church, Asubiaro, Osogbo, where they allegedly committed the crime.

The police prosecutor, Mr. Solomon Oladele, told the court that they conducted themselves in a manner likely to cause breach of peace by unlawfully engaged in homosexual at the said church.

The charge sheet read out in court read in part:  “That you, Samuel Friday, and Oni Oluwatobi at Peace of Jesus Apostolic Asubiaro Osogbo in Osogbo Magisterial District did conspire together to commit felony wit indecent sexual practice between yourselves.”

The police prosecutor said the two accused persons had through their action committed an offence contrary to and punishable under Section 516 of the Criminal Code Cap 34 Vol. II laws of Osun State of Nigeria, 2003.

The accused persons however pleaded not guilty to the charges and their counsel, Mrs. Nenna Ugwu urged the court to grant them bail with assurance that they would not jump bail if granted.

In his ruling, Magistrate Aluko granted the accused persons bail in the sum of N100,000 with two sureties each in the like sum and adjourned the case till November 14, 2013 for hearing.