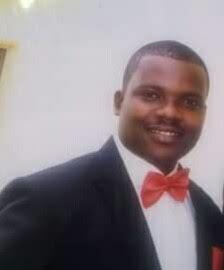 THE FACE OF A WANTED HOMOSEXUAL CULPRIT STILL AT LARGE

The Chief Priest and Elders of Uhunmwode Community in Uhunmwode Local Government Area of Edo State, have continued to seek the whereabouts of one Prince Osarumwense Edohen who was said to have desecrated their land and their ancestral sanctity with his homosexual activities.

According to the media aide to the Chief Priest, Mr. Oteghekpen Idado, the consequences of the homosexual activities by the duos are enormous. He emphasized that since the incident, the community has been experiencing poor harvests from their farmland and there have been series of protests by the youth in the community resulting to destruction of properties in the community.

In his own words, “ until the remaining culprit, Osarumwense, is apprehended and sent to the evil forest, our community will continue to face peril. Since 2015 that those two immoral children desecrated our land, we have continued to experience poor farm harvest from our farmlands. There have been continual protests by angry youth who are requesting that either of the parents of Osarumwense be sacrificed in his stead since he is still on the run. Even as we speak, his parents are no where to be found as well. The youth are now threatening to burn down their homes if they are not found soonest. 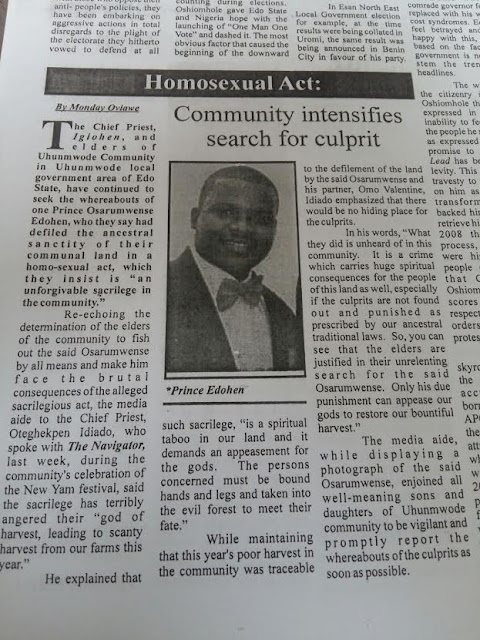 We have lost a lot of properties since Osarumwense defaulted the appeasement process. We need to apprehend him and send him to the evil forest to meet his fate and complete the sacrifice so that peace and bountiful harvests can return to the land ones again”.