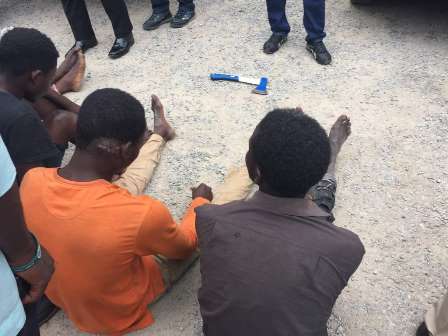 Lagos State Police Command has arrested 10 young men linked with the death of a 4-year-old girl in Yaba Lagos.

According to parents of the toddler, she went missing after she followed her siblings to the mosque to pray around 1pm on the fateful day.

After 10 hours of search, her parents discovered her lifeless body at a shrine used by Ogun worshipers in Iwaya area of Yaba Lagos with her throat slit around midnight.

Her killers reportedly used her as a human sacrifice.

On sighting her corpse, her distraught parents bundled it and took it to Sabo Police station where they met the DPO on duty.

Some police officers immediately followed them to the shrine where the knife used in killing her was recovered.

7 men in charge of the shrine were immediately arrested. Police also picked up 3 other men in  the community.

Here is what Lagos Police CP Fatai Owoseni said about the brutal murder of the innocent toddler. 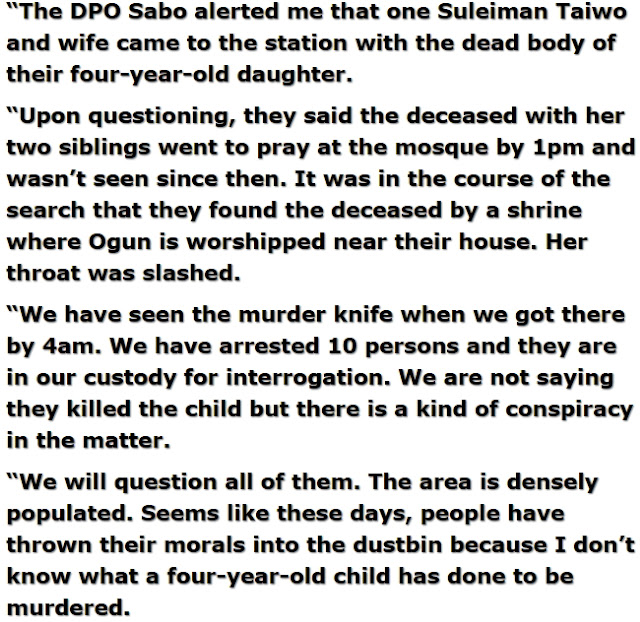