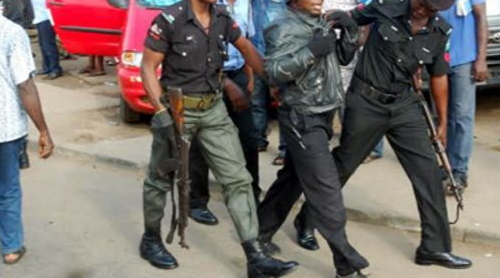 The defendant, who is standing trial on a three-count charge of mischief, theft and criminal intimidation, resides at Angwan Shahu village, Karmo.

The prosecutor, Florence Auhioboh, told the court that one Perpetual Idu, of same address with the defendant, reported the matter at the Karmo Police Station on August 14.

She said the complainant alleged that the defendant intentionally used her leg to break her chemist shop glass door, valued at N45, 000, and stole N10, 000 cash.

The complainant alleged that she loaned N5, 000 to the defendant and she has refused to repay. Instead the defendant threatened to kill her spiritually the way her elder brother was killed,” Auhioboh said.

The prosecutor said the offences contravened Sections 327, 288 and 397 of the Penal Code and punishable under same.

The defendant denied committing the offences, while the judge, Alhaji Abubakar Sadiq, granted her bail and also ordered her to provide a surety that must reside within the court’s jurisdiction.

He adjourned the case till September 9.