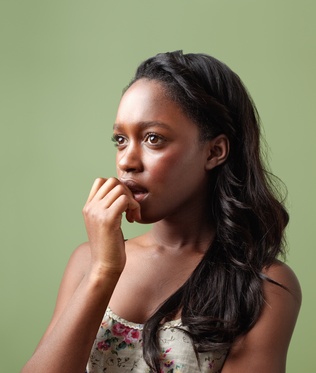 After dating for 8 solid years, a Nigerian man has dumped his girlfriend over Olamide and Don Jazzy beef.

In an email sent to Stella Dimokorkus, the unidentified lady said her boyfriend of 8 years has come to the conclusion that she is not the person he wants to spend the rest of his life with and simply used the Headies stage drama between rapper Olamide and Don Jazzy as an excuse to dump her.

Read what transpired between the intending couples….

“I’m 33. I’ve been dating this guy since 2008. We served together but started dating after service. He left the country in 2008 but we have been dating since then. I’ve had a couple of “serious relationships” but somehow they keep getting messed up and I keep going back to him. He has been awesome and treats me well. He loves and respects me and sometimes I get irritated because he doesn’t have a mind of his own.

We do anything I want to do, and I’d prefer someone who would make major decisions sometimes. I have visited him a couple of times in the UK.

So day before yesterday we were skyping and inside the gist he asked me what I think about the Olamide/Donjazzy ish. And I said I think they were both wrong, Olamide shouldn’t have thrown a tantrum and Don J should have just ignored. Boyfriend starts saying Donjazzy is a pretender, etc etc and as far as Olamide has apologized it’s ok.

I told him not to judge as he doesn’t know what goes on in the life of these people but My crime was to say that saying sorry does not wipe away your f-up as you might say sorry and the person says it’s ok but it doesn’t change what you have done or the pain you have caused. Gbam.

My guy starts shouting that I am mean and unforgiving. At first I thought it was a joke because we were having a healthy argument till‎ I realised he wasn’t joking. Like joke he ended the relationship saying he’s not sure he can be with someone who can make a comment like that (saying sorry doesn’t right your wrongs) and went off the line. I’m still confused.

I can categorically state that I never disrespected him or raised my voice. A part of me is finding it funny cos if someone asks why we are not together am I supposed to say we broke up on top of Donjazzy and Olamide argument?

I called yesterday and all he said was that it wouldn’t work. I can’t apologize for having an opinion but I’m scared. Will I meet someone else? Or am I supposed to remove my heart from a 7 year relationship because of this?