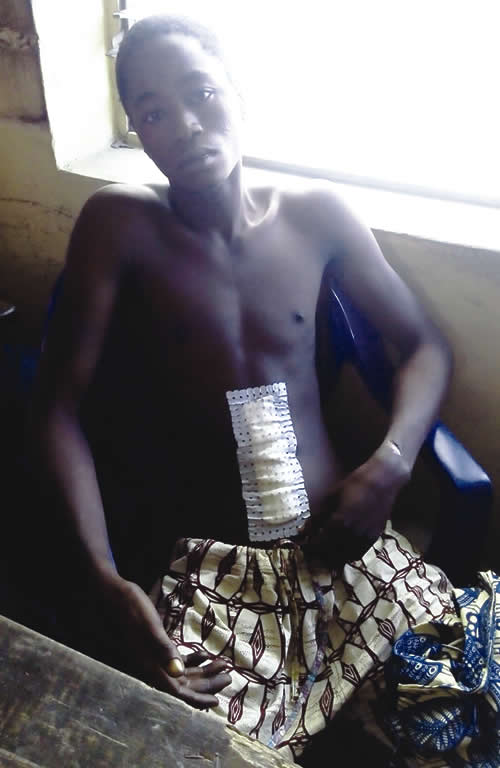 28-year-old Monday Hounga was arrested in Benin Republic by Interpol on the 31st of December for his involvement in the murder of his live-in-lover, Cecilia Joseph in Festac area of Lagos on the 25th of December 2015.

Hounga claimed that he and Cecelia were attacked by a three-man gang on Christmas Day, adding that the armed men stabbed 21-year-old Joseph to death and ripped open his stomach.

He said after he was rejected by four hospitals in Nigeria, a relative got a cab which took him to Porto Novo, Benin, on the fateful day, where he underwent a life-saving operation.

Hounga said he decided against medical advice to risk his health and submit to the police after he learnt that he had been declared wanted for murder.

The 28-year-old had been declared wanted by the Interpol for allegedly killing Cecelia in Raji Rasaki Estate in Festac.

Family members of the deceased told police Hounga escaped to Benin Republic with the help of friends after he allegedly murdered Cecilia during a fight.