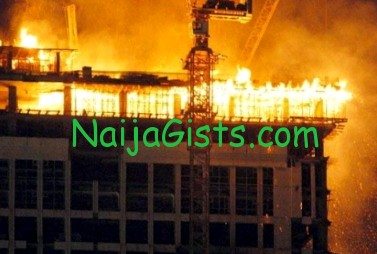 On Wednesday the 31st of Oct, 2012, the hotel where over 200 Nigerian Hajj Pilgrims from Gombe were staying in Makkah, Saudi Arabia caught fire. naijagists.com

The fire which started from the 9th floor of a 12-storey building was extinguished few minutes after with no injuries reported.

Gombe State Hajj official, Khadi Baba Liman who confirmed the incident said the fire was caused by a female pilgrim who misused a gas cooker.

He said all the pilgrims escaped unhurt.

Another fire which broke out in another hotel in Saudi Arabia earlier this week left 13 pilgrims with minor injuries.