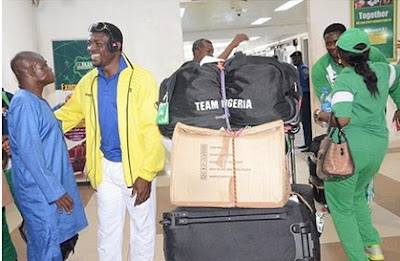 The head coach of the Nigeria’s  National Weightlifting Team has varnished into thin air.

The coach whose name was withheld by the NWF reportedly followed the path of some Africans who escaped in Australia before the end of the just concluded Commonwealth Games.

On Wednesday, two other Nigerian athletes also disappeared in Australia.

The President of the Nigeria Weightlifting Federation, Mohammed Yahaya disclosed this to The Guardian in a telephone chat on Wednesday.

He said the desperate action of the missing Head Coach is embarrassing.

“I expected him to act like father to the athletes. But our head coach disappeared into the thin air even before the Games were concluded.” – said furious Yahaya