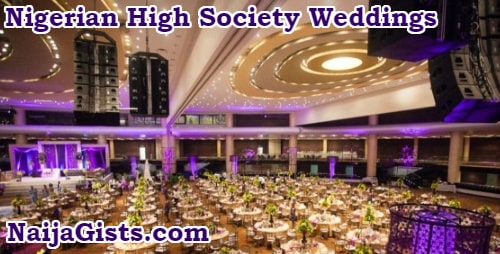 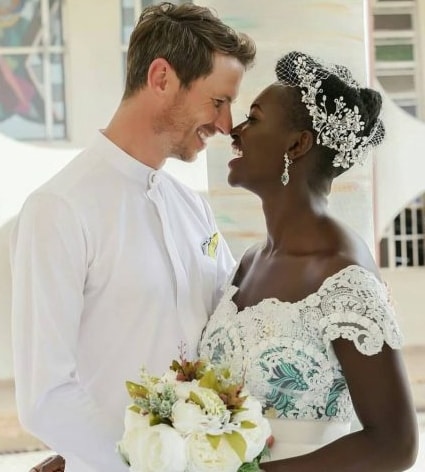 After a civil ceremony in Canada in February, Dora Akunyili’s daughter, Chidiogo and her Canadian beau, Andrew Parr brought the rest of their wedding party to Nigeria for a colourful turn-up in Anambra state. The lovers had both their traditional and church wedding ceremonies on June 2, 2018 in Agulu, Anambra State, with friends and family members of former NAFDAC boss and minister of Information and Communications joining in the colourful, emotional ceremonies. 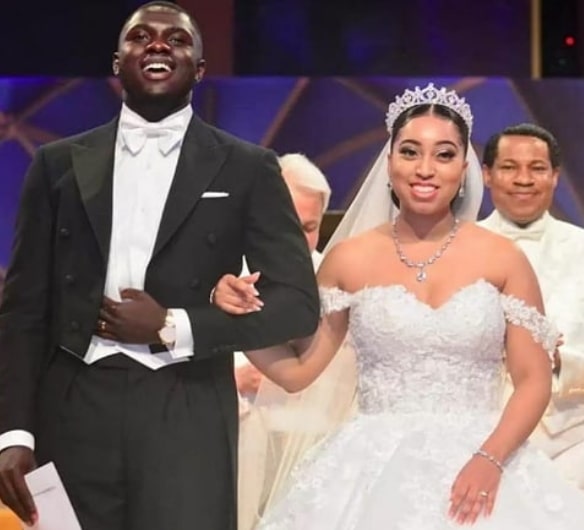 Carissa Sharon Oyakhilome (CSO), the first of Pastor Chris Oyakhilome’s two daughters, was joined to her beau Philip Frimpong traditionally on the 4th of October, 2018. The beautiful white wedding ceremony was attended by guests from all over the world who came to honour the Oyakhilomes. True to tradition, the bride was walked down the aisle by her father, Pastor Chris Oyakhilome, looking radiant in an off-shoulder, white tulle ballgown. She paired the stunning dress with a cathedral length veil. She was accompanied by her sister Charlyn. International televangelist Pastor Benny Hinn wedded the couple. Recall that the bride’s mother was noticeably absent at the wedding. This actually can be linked to the fact that the parents of the bride Chris and Anita Oyakhilome are sour divorcees. So, to honor her mum, Sharon had a second wedding reception in the UK and this time, her dad Pastor Oyakhilome was absent. 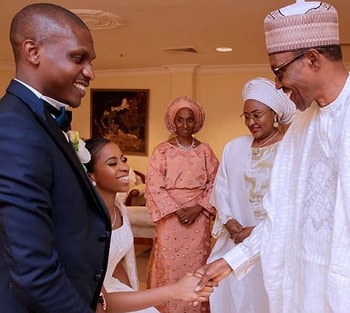 Another wedding witnessed this year is that of the Vice President’s daughter, Damilola Osinbajo and Oluseun Bakare, the son of socialite, Bola Shagaya. The series of events began with the traditional wedding which put Aso Rock at a standstill, a church service followed immediately with a reception that same day. Many important persons flooded the nation’s capital from all over the country to attend one of the country’s most high-profile weddings. The wedding was a private one with only invited guests in attendance.

One of the most prominent weddings of this year is definitely the union of the daughter of the Kano state governor, Fatima Ganduje and son of Oyo state governor, Abolaji Ajimobi. The wedding saw the union of two tribes from the northern and the southern parts of the country. Numerous ceremonies were held in Kano from a henna party, ‘Kamu,’ a dinner, ‘Yininbiki’ and Durbar in the city of Kano followed by a wedding reception in Ibadan. Dignitaries from all over the country made their way to Kano to celebrate with the two families including President Muhammadu Buhari, Dr. Bukola Saraki, Asiwaju Bola Tinubu, Yakubu Dogara, among others.

Senate president and former governor of Kwara State, Bukola Saraki also gave his daughter out in marriage with events taking place both in Lagos and Abuja. The Sarakis went all out in ensuring their first daughter’s wedding was one that had the town talking and it was indeed a wedding to behold. The crème de la crème of Nigeria’s society thronged out for the couple with the likes of former President Olusegun Obasanjo, Aliko Dangote, Vice President Yemi Osinbajo and a host of others who graced the event.

When Africa’s richest man gives out one of his daughters, you can expect it to be nothing short of spectacular. Their wedding shut down Kano, Abuja and the grand finale in Lagos had people raving about it for a while.

Her husband, Jamil Abubakar, is the son of former Inspector General of Police, Mohammed Abubakar. The events included but was not limited to a Kamu, a reception, dinner and mother’s night. The wedding was attended by the most affluent people within and outside the county including Bill Gates among others.  VP Osinbajo and wife attends the Wedding Reception of Fatima Dangote & Jamil Abubakar in Lagos Friday.

Down south, former governor of Cross River state, Donald Duke hosted a wedding for his daughter Xerona Duke who got married to Derin Phillips, also known as DJ Caise, son of former Lagos state commissioner, Olateju Phillips. After their engagement in October last year, the couple got hitched with a traditional wedding that took place in Calabar. The two exchanged wedding vows at the Olive Tree Parish, Redeemed Christian Church of God (RCCG) Lagos.