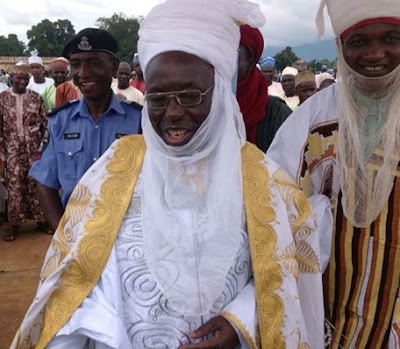 Confirming the demise of the First Class Chief in a telephone interview on Sunday, the Chiroma of Gashaka, Prince Mustapha Hammangabdo, said the chief died of cardiac arrest at the National Hospital in Abuja on Saturday night at the age of 81 years.

He said that the remains of the late chief would be flown to the Jalingo Airport en route Serti, Headquarters of Gashaka Local Government Council for burial on Sunday.

Late Hammangabdo was born in 1935 and became the Chief of Gashaka in 1965.

He is survived by 25 wives, 70 children and several grandchildren.

Prominent among his children are Mustapha Hammangabdo and Hajiya Batulu Hammangabdo, both served as commissioners under different administrations in Taraba.