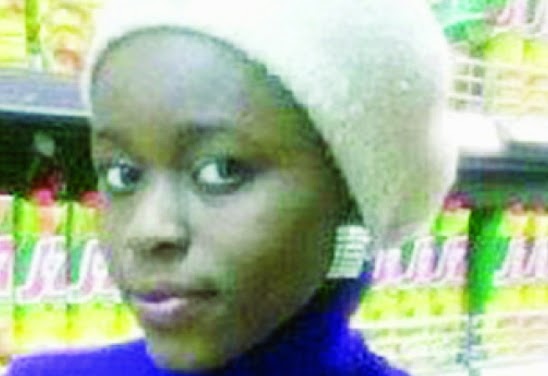 This is not the best of times for the family of 17-year-old Forester Samson, a Nigerian teenager who was trafficked to Russia recently for the hope of a better life.

According to Sunday Sun, Forester was killed by unidentified Russian gangsters in Moscow.

A family source said the perpetrators went further to lock her body in a room and set it ablaze. Though, the police took her to the hospital, it was rather futile.

The source revealed that Forester was sponsored abroad by one Mercy who is suspected to be trafficking Nigerian girls on the promise that she would assist them with decent jobs in Russia. The teenager without hesitation, but with the approval of her mother jumped at the offer with high hopes.

According to the deceased’s elder sister, Sonia Samson, they got a call from Mercy, on Tuesday March 4, 2014 that Forester had died in an inferno. She added that the family was later told that Forester was stabbed before being set ablaze.

Sonia said, “Her madam is the one that called us on Tuesday and told us she was locked in a room and set ablaze by some unknown Russians. She told us that she was rushed to the hospital, that they were treating her.

“My sister died mysteriously, just as another sister of mine was also killed by armed robbers. Sincerely, I am confused because I don’t know why all this is happening to us. Particularly for me, it is so painful that I don’t really know what to say or do. This is a difficult time for the family and I believe we need to be more prayerful more than ever before.”

The late Forester, who would have been celebrating her 18th birthday on March 30 hails from Igbekhue in Orhionmwon Local Government Area of Edo State. She completed her secondary education in 2013.

Forester’s father, Friday Osazuwa Samson was killed four years ago in Benin by suspected armed robbers. He was shot in broad daylight in front of his shop at Upper Sakponba. Until Friday’s death, he was a successful businessman, a distributor with Sona and Bendel breweries.

Siblings and other relatives of the late Forester’s father are worried and pained by circumstances surrounding how Forester was lured into traveling to Russia, which they described as shady. Recognizing the fact that she did not travel to Russia for further education, even as they were not also informed of such plans, they are calling on concerned authorities to wade into the matter.

They are accusing Mercy of human trafficking and calling on National Agency for the Prohibition of Trafficking in Persons (NAPTIP) to investigate the activities of this said Mercy. They also want the Nigerian Embassy in Russia to as a matter of urgency unravel the mystery surrounding the death of their daughter.

The dastardly act took place on March 3, 2014. Since the news broke, the entire family has been thrown into mourning.

Sonia, who still finds it difficult to believe that her sister was gone, lamented that Forester’s death was too painful for her to easily accept. To her, she would have better been dreaming and be glad that the story was not true.

Meanwhile, Forester’s uncle, Mr Saturday Samson Osazuwa accused Forester’s mother of conniving with the said madam (Mercy) to deceive and persuade the teenager to travel abroad. He queried why Forester’s mother, Elizabeth, decided to hide his niece’s whereabouts from him. Saturday, who now acts as a father figure to the children since their father’s death, said the mother refused to disclose where Forester was, even as he insisted on seeing her.

Said he: “The mother was aware that Forester had traveled abroad. Not just that, I believe she was part of the arrangement that her 17-year-old daughter should travel abroad. It is really unfortunate and wicked of her to have taken that decision.

“If my brother, her husband was alive, he would never allow such a thing for any of his children. What was Forester looking for in Russia? Was it to go there and school? Certainly not. Now, she has caused the entire family pain and sorrow. The girl was beautiful and intelligent. I still cannot understand what she was sent to Russia to do at her tender age.

“For more than five months, her mother was dribbling me whenever I wanted to see Forester. I sent for her to come and see me on a number of occasions but they kept telling me that she was residing with her mother’s relatives in Benin here only for me to receive a call from them that she was dead in a fire accident in Russia. This is the girl that they kept telling me was in Benin. Until her death, the mother refused to tell anybody in our family. If she thought that the children belonged to her alone, that is where she’s mistaken.”

Also, an uncle of late Forester’s father, Mr Evabayekha Christopher, described Forester’s mother as callous. He wondered why any reasonable mother would send her own daughter abroad for monetary reasons.

His words: “What exactly will Forester be doing abroad when she was supposed to be studying at the University of Benin or any other higher institution of learning in Nigeria? What she did is unacceptable to every member of our family.”

How sad! May her soul rest in perfect peace