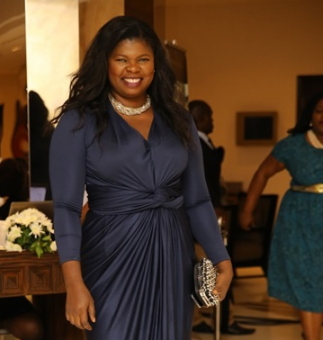 Popular makeup artist Bimpe Onakoya and her boo are still stranded in South Africa less than 24 hours after they were robbed at gunpoint.

According to Mrs Onakoya, some robbers attacked them in Johannesburg hours after they arrived South Africa on Sunday.

They were robbed of all their belongings at gunpoint.

She however said the Nigerian Consulate in SA have come to their rescue.

See her IG posts below 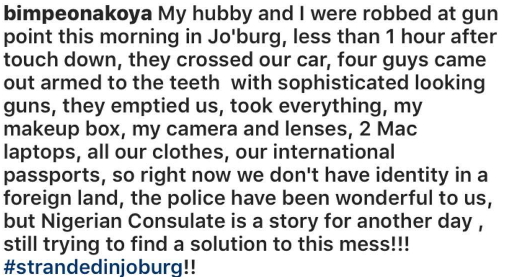 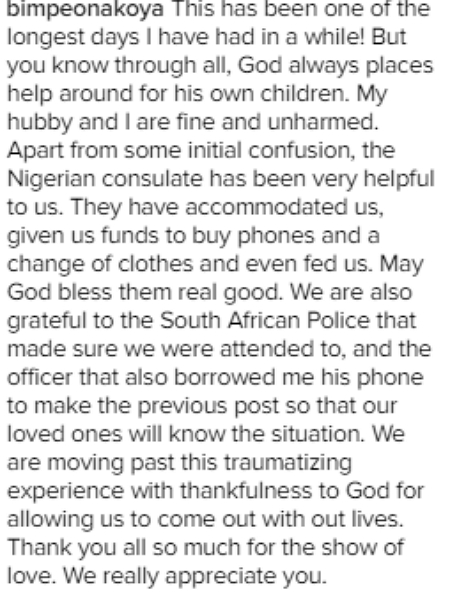