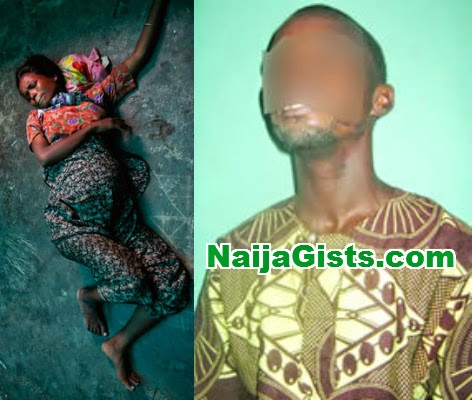 A housewife, Mrs Titi Kareem, has dumped her husband, Rafiu after he reportedly impregnated a mentally sick woman.

But the sick woman later died due to pregnancy-related complications in Lagos State, western Nigeria.

Consequently, the 13-year-old marriage crashed and the wife moved out of her matrimonial home at Igando Road, Ikotun, Lagos.

She also filed a suit before a Customary Court sitting in Ejigbo, seeking for the dissolution of the marriage.

The mother of four kids told the court that she could not cope with the behaviour of her husband because she no longer loved him.

Narrating what happened, the embittered woman told the court that she got to know that her husband impregnated the mentally sick woman after the police arrested him over the death of the woman.

She said it was at that time Kareem opened up to her that he impregnated the deceased and she became ashamed and had to pack her property and leave.

Titi said that apart from the incident, her husband had been exhibiting strange behaviour towards her and their children and did not take care of them.

She said he does not respect her as his wife because he sleeps with other women despite the fact that she plays her role as his wife and takes care of him.

Titi said when she moved out of the house, he went and brought in another woman and asked her to come back as second wife, which she refused.

She, therefore, asked the court to dissolve the marriage so that she could move on with her life.

The court adjourned the matter several times to enable Kareem appear in court until on Monday when the court delivered its judgment.

Delivering the judgment, the President of the court, Mr A. K. Akano, noted that the relationship had broken down irretrievably and consequently dissolved the marriage.

The court also ruled that the two parties in the matter should take custody of the two kids each and the husband should take care of the upkeep of the children.