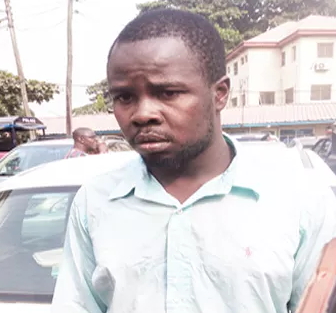 January 8, 2016 – Nigerian Man Arrested For Selling Baby Boy N400,000 Says He Only Used Him As Collateral For Loan

A young man accused by his wife of abducting their five-month-old son has said they used the boy as collateral for a N400,000 loan.

Okwuchukwu Ibekwe said he and his wife, Oluchi, agreed to use Chidera to secure the loan.

The suspect, who is in police net for allegedly selling his son for N500,000 to a woman, Chinnelo, in Ihiala, Anambra State, said he needed money to start all over again after he was evicted from his shop at Ladipo, and his commercial bus was burnt.

Ibekwe said: “I was a mechanic until the building that housed my shop was sold and I was evicted. I was idle for some time, then someone gave me a bus which I used for transport but the bus was consumed by fire. 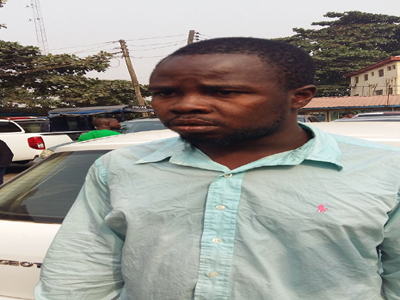 “Things were very hard and I could not fend for my family. It was at the point of difficulty that my wife suggested that we should go and borrow money from one Chinnelo. She’s the one who knows Chinnelo and she brought her contact.

“She suggested that we should give the baby to Chinnelo and collect money from her. We agreed that I will collect N25,000 so that I can travel, while N150, 000 will be paid into her account.

“That was how I took our son and travelled and I collected my own money. But because her own was not paid early and we started quarrelling, I was surprised that while I was still in the village, a lawyer called me and I came to Lagos and was arrested.

“I do not know what Chinnelo does, I don’t know if she sells children. I did not sell my son to her. We used him to borrow money and it was my wife’s idea. I do not know where my wife is, Chinnelo’s husband has been arrested and he told me that my wife’s N150,000 was paid.”

But Lagos State Police chief Fatai Owowseni said he was arrested in Anambra State after his wife filed a complaint against him at the Iba Police Post.

According to the police, the incident occurred last December 8, at 23, Shinaba Street, Agboroko, Iba Town, and the woman reported on December 11.

Owoseni, who paraded the suspect, said his wife reported that Ibekwe sent her on an errand and by the time she returned, he had taken their son and fled.

He said investigations were on to recover the woman at large with the baby.

A police source said N200, 000 was recovered from the man, adding that his wife has denied her involvement in the deal.