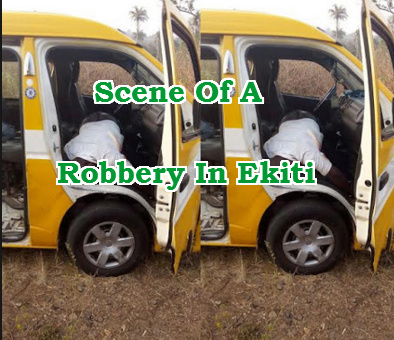 Less than 12 hours after angry drivers invaded a police station in Aromoko Ekiti over incessant robbery attacks in the area, another robbery has been reported.

The 2nd robbery which occurred late on Wednesday, happened at a spot not far from the place where a driver was killed.

A bus taking 14 passengers to Ado Ekiti was attacked by the dare devils at 8pm but luckily nobody was killed.

The robberies have struck fear in the minds of residents, motorists and commuters.

Continue Reading
You may also like...
Related Topics:attack, ekiti, robbery