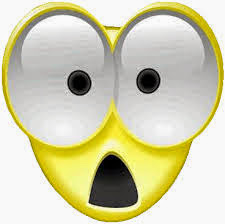 A Nigerian passenger travelling on Business Class from Abuja to the Southeastern state of Enugu aboard Arik Air ‎has been caught stealing from another passenger during flight.

The suspect, Mbah Mike, was caught on 28 November and handed over to security operatives at the airport, said a source close to Arik Air.

“On November 28, 2014, a passenger on board Arik Air flight W3 410 from Abuja to Enugu was caught meddling with the bag of another passenger during flight.

“The passenger left his seat on 3C and moved to overhead locker on seat number 1 D/F, opened the locker and was meddling with a bag. It was found that the bag belonged to another business class passenger. His own two bags were in the locker over his seat on 3C.

“The passenger who had his name on the boarding pax as MBAH MIKE was handed over the Security Agents at the Akanu Ibiam Airport, Enugu on arrival of the flight for interrogation,” the source said.

“The passenger whose bag he was seen meddling with informed that his money was still intact but two other passengers reported that their money was missing.”

“During interrogations, it was found that Mbah Mike (might not be the real name) of the suspect, as he could not give any information about the company whose identity card he holds.

“He said the identity card was forged to enable him board the flight to Enugu as he lost his original identity cards. No document found on him has any name like Mbah Mike.

He said his oral statement recorded by the police indicates that he has no known home in Nigeria as he shuttles between Congo, Abuja and Lagos supplying assorted wine and spirits to clients.

“He claims he is still seeking for a home, while using his shop in Lagos at the moment as his home. His wife and three kids lives in London according to the source.

“He is still in police custody and is expected to be charged to court in Enugu on January 16, 2015,” the source said. [Reported By PM]