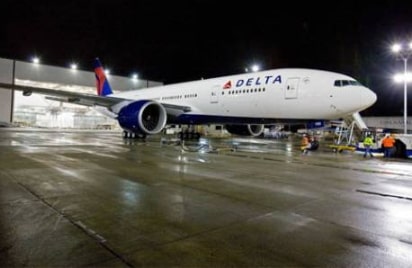 The 53-year-old was found without vital signs as the plane landed at the arrival wing of Murtala Muhammed International Airport this morning after 12-hour non stop flight from Atlanta.

According to a physician simply identified as Dr Lawal who boarded the same plane as the deceased, Mr Felix reportedly slumped and died.

The man with international passport # A06321653 reportedly developed complications while on board the plane.

All he could tell Dr Lawal was his first name before he passed on.

All efforts to rescue the Mr Nwoke failed after medical professionals were dispatched to Delta Flight DL54 on arrival today.

His corpse has been taken to LUTH for autopsy after his family members showed up at FAAN base station.