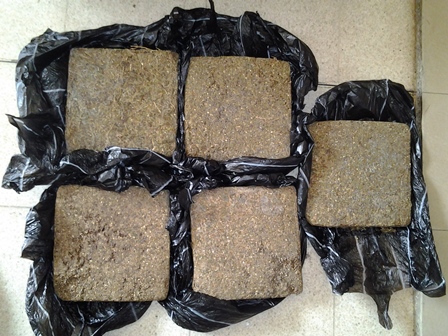 In a charge filed before the court by NDLEA prosecuting counsel, Jeremiah I. Aernan, it was stated that Sule Ibrahim, 37 years (in 2012 when he was arrested) on or about 9 November, 2012 at Mapo Alayo Village, Okun Ajah without lawful authority dealt in 11.8 kilogrammes of cannabis sativa, a narcotic drug similar to cocaine, heroin and LSD and thereby committed an offence contrary to and punishable under section 11(c) of the National Drug Law Enforcement Agency Act Cap N30 Laws of the Federation of Nigeria, 2004.

The convict was first arraigned before the court on 1 March, 2013 and pleaded not guilty, while on 30 April, 2014 he changed his plea and pleaded guilty.

On 7 July this year, Mr Aernan while reviewing the fact of the case tendered the following documents: The confessional statement of the convict, forensic report showing that the substance found on the convict was cannabis sativa, and the bulk of the cannaabis sativa weighing 11.8 kilogrammes.

Before he was convicted on Tuesday, his counsel Mrs Oreofe Ogunleye urged the court to temper justice with mercy as the convict was a first offender.

In her judgement, the presiding Judge Ofili Ajumogobia, sentenced the convict to life imprisonment.