A 35 year old Nigerian man identified as Odosa Usiobaifo, a resident of Enfield in London has been arrested and jailed for using young girls as prostitutes to his own gain.

According to DailyMail, Odosa who has now been jailed for 14 years was accused of human trafficking after over one month of trial.

Odosa Usiobaifo is a leader of notorious sexual exploitation gang who are into forcing young teenagers into prostitution.

He was sentenced to 14 years behind bar at Isleworth Crown Court in the United Kingdom few days ago.

How The Gang Works

They secure false documents for young girls and traffick them from London to work as prostitutes in Europe.

Odosa Usiobaifo was caught after 2 young Nigerian girls were declared missing by local authorities in London.

It was later discovered that they had been given false passports and tickets and placed on a Spain-bound flight on prostitution mission.

Odosa Usiobaifo was accused of collecting the girls from a pre-arranged meeting point before they were given the false documents and put on the flight. 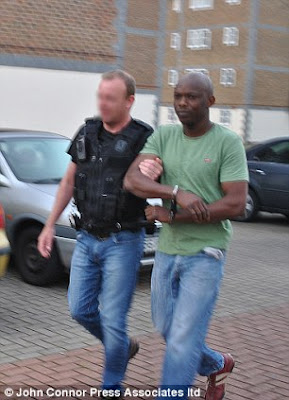 The court heard that the girls, aged 14 and 15 at the time, had previously been stopped by Border Force officers at Heathrow Airport separately on 17 September and 23 November 2011 for using false passports which indicated they were adults.

They had arrived on flights from Lagos, Nigeria, and were attempting to travel to Paris.

The police later knew that the girls were being trafficked to mainland Europe for prostitution after they were interviewed by the Serious Organised Crime Agency’s Vulnerable Persons Team.

Usiobaifo was, thereafter , arrested at his flat on 3 September, 2012 alongside his partner Katie Igha, 25, following a joint investigation by Sussex Police, the UK Border Agency, Border Force and the Serious Organised Crime Agency, .

The jury found Usiobaifo guilty of all charges but acquitted Igha of trafficking. They failed to reach a verdict on a charge of conspiring to facilitate against Igha.

Meanwhile, the girls were placed in local authority care but on 6 April, 2012 were reported missing to Sussex Police by their respective foster homes.

One of the girls was refused entry to Spain and returned to the UK, where she remains in the care of the UK authorities while the other girl passed through Spanish border controls and was still missing.

He is a married father of two children. He resides in London with his wife and kids. He doesn’t have a stable career but he claims he is into importing and exporting. 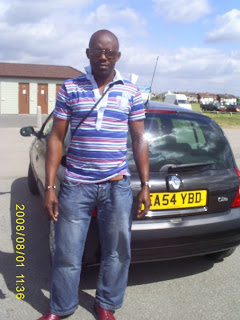 He lives a flamboyant life in Enfield, North London and has been on several expensive trips to Nigeria and Germany. 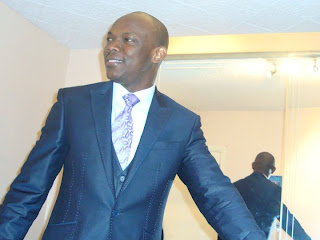 A user who sent NaijaGists.com an email this afternoon said Odosa Usiobaifo was busted by a member of his gang who felt he was cheated.