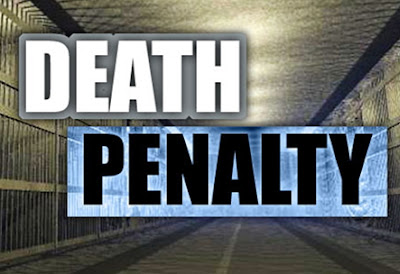 Justice Kudirat Jose of an Ikeja High Court, Lagos yesterday sentenced a 25-year-old male hairdresser, Izunna Ajaere to death for stealing a laptop and a blackberry phone at gunpoint.

Justice Jose convicted Ajaere after finding him guilty on a two-count charge of conspiracy and armed robbery.

While delivering her judgement, Jose said that the prosecution has proved the charge of conspiracy to commit armed robbery and armed robbery beyond reasonable doubt.

The Judge, however, noted that the evidence of Mr Uchenna Ukah, the victim of the crime, was a crucial element to the Ajaere’s conviction.

Jose said, “The evidence of the prosecution witness proved that the defendant was one of the armed robbers, therefore, all the ingredients of the crime of armed robbery has been shown.

“He is to be hanged by the neck till he is dead, may the Lord have mercy on his soul,” the judge said.

Meanwhile, according to the court, Ukah in his testimony, emphatically stated the series of events regarding the armed robbery operation.

However, during the trial, the prosecution led by Mrs A.B Awosika told the court that the convict committed the offences at 9.30pm on June 22, 2012 at No. 12, Vincent Eze, St., Ajao Estate, Lagos.

The prosecution said that the offences violated Sections 295(2) and 297 of the Criminal Law of Lagos State 2011.

Awosika said, “the convict alongside an accomplice had accosted Ukah at gunpoint outside his flat.

“Ukah led them to his flat where they stole a laptop, a modem and a blackberry mobile phone.

“Ajaere and his accomplice after the robbery, locked the complainant in his apartment with the intent to also rob his neighbours.

“The complainant managed to get out of his apartment to raise an alarm leading to Ajaere and his accomplice being apprehended.

“Ukah’s laptop and modem were recovered from the duo, however, his blackberry mobile phone was never recovered,” Awosika said.

On the contrary, Ajaere while testifying in his defence during the trial, denied robbing the complainant, he claimed he went to Ajao Estate for hairdressing work and was arrested by policemen during a raid.

According to the convict, he was falsely charged with conspiracy and armed robbery by officials of the Special Anti-Robbery Squad (SARS).

Video: Masquerades & Handlers Arrested For Robbery In Agege Lagos
Inside A Nigerian Prison Where Underage Children Starve To Death