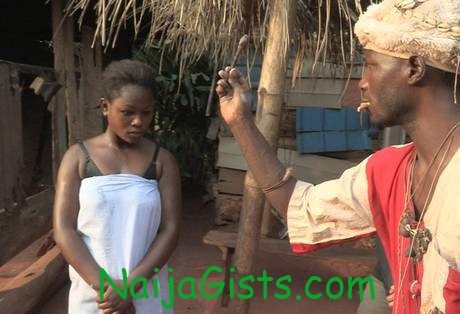 A 42-year-old, Nigerian man identified as Osezua Elvis Osolase who works as a recycler has been accused of smuggling 3 young teenagers from Nigeria into Britain and using Juju (witchcraft charm) to try and force them into prostitution.naijagists.com

Osolase allegedly cast witchcraft spells on the 3 girls from Nigeria using black magic rituals to order them from running away, a court has heard.

He is also alleged to have sexually assaulted the girls – who are now aged 15, 17 and 18 – and it is believed he has many more victims.

In one case, the court heard, Osolase took the 17-year-old-girl to a place of ‘witchcraft’ in April last year and forced her to bathe using a red cloth and blood.

The girl then had her armpit hair cut, toe and finger nails cut and blood was taken from her right hand before she was told the spell would kill her if she tried to run away.

During the opening of the eight week trial today, Canterbury Crown Court heard the three girls were shipped to the UK from Nigeria in preparation for being sold as LovePeddlers in Italy.

Sara Ellis, prosecuting, said: ‘This case involves allegations in respect of three young Nigerian girls who were trafficked from Nigeria into the UK in order to traffic them out of the UK and to Europe for the purposes of prostitution.

The court heard Osolase, who lives with a German woman in Gravesend, Kent, had found his alleged 17-year-old victim begging on the streets of Nigeria.

The former security guard told her would take her to Britain to help her get an education.

Ms Ellis said: ‘He called himself ‘Victor’ and took her to a large house – a place she described as a “place of witchcraft”.

‘There she was given what she described as “native port”, a mixture which looked like blood and a red cloth.

‘She was told to use this liquid to bathe and to tie a cloth around herself after doing so.

‘A man came and cut hair under her armpits and finger and toenails and blood from her right hand.

‘She was told this was to ensure she did not run away and would repay Victor.

‘She said it was an “oath” and if she ran away the charm would find her.

‘She was told that if she ran away or didn’t pay that she would die. She believed it.’

Ms Ellis told the court the 17-year-old was then given a passport – which had been lost by its genuine owner some years earlier and flown to the UK then Italy.

However, when she reached the airport she refused to go through customs and begged Italian officials for help, the court heard. (Source: Daily Mail UK)