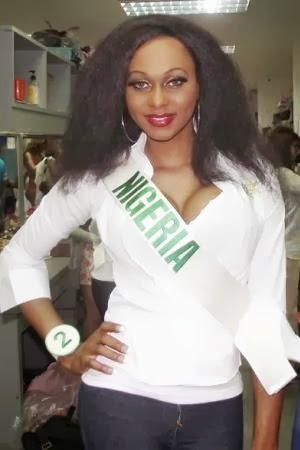 Guys do you remember the story of Miss Sahhara, a Nigerian man who changed himself into a woman few years back? In case you missed the story, read it here.

He was originally born Oche Clifford in Nigeria but he escaped to London where he changed his sex to that of a woman through a series of medical operations and hormone therapy.

His new name is Miss Sahhara. He currently lives in London, UK as a free woman.

He took to Twitter yesterday to narrate his ordeal in Nigeria.

Oche Clifford also released an article to mark the Transgender Day of Remembrance.

In the article, the singer/model narrated how he was harassed and imprisoned in Nigeria for being a transgendered man. Oche Clifford said he even tried to commit suicide.

Read the article below:

” I am standing in front of the mirror looking at my reflection. Tears of joy trickle down my rouged cheek before going on stage.

I am in tears because I just can’t believe how realistic my dreams have become. I am a woman! Living my life freely. Accepted and respected for my achievements as a model and a performer.

My fellow transgendered sisters and brothers paved this way for me. They fought for acceptance, understanding and respect. Some died while fighting for what they believed in and others fell before their time due to hate, rejection and society’s unfairness. Every single story gave me strength to fight on and never to give up.

I wish I could tell the younger me who tried to commit suicide twice that life gets better and dreams come true.

I did not imagine life could be this amazing many years ago after being released from a horrid Nigerian prison for being different. Then all I could think was I could die in this prison and no one will know or care.

Being imprisoned felt justifiable, considering I was being punished for being ‘gay’ – something they assumed due to my feminine features and mannerisms.

I wasn’t gay, I am a woman born differently due to natural defects. What I felt did not match my outward appearance, Being assigned male at birth doesn’t make me a man or a woman, nobody was born a man or a women, you develop into your preferred gender as you grow up. For me that gender was female. I was born male but my brain, gestures, features and carriage functioned as female.

Growing up and not knowing what was happening to my body made me confused and lost. I couldn’t discuss it with my family because my femininity was frowned on due to religion and I could not talk to my friends because they would not understand what I was going through. I found solace in music and dreams.

I dreamt of being free to be myself, free of insults, free of judgment and free from harassments.

That freedom came when I moved to the United Kingdom, finding girls like me gave me hope of not being alone in my journey of self-discovery.

I found out what I went through growing up in Nigeria was quite common with transgendered people. Having freedom, acceptance and knowledge are the key most important elements to a successful transition.

Knowing I am not alone in my struggles helped me to reevaluate my views on life and how I should go about my transition wisely. I researched my transition and reconciled the conflicting emotions involved in the process of accepting myself as the woman I am.

It is a lonely world during transition, as your body changes so do your emotions, which leads the mind into the darkest path in life. If the chemicals are not professionally controlled, you can feel suicidal due to rejection from loved ones and society.

In life perfection doesn’t existent, but for me having the freedom to be my true self feels almost perfect. As a black transgendered woman I am faced with many daily challenges such as transphobia, a complicated love life, poor career prospects and racism. But when I remember my life history, these challenges become water under the bridge.

That is why I will always remember those who built this foundation for freedom and knowledge. Also those who never got the chance to enjoy the acceptance we have achieved so far.

Transgender Day of Remembrance today (20 November) is particularly import to me because I have lost close friends to suicide and have seen many more wishing to commit suicide as a final fix to their gender dilemma and rejection by society.

Remembering my fallen friends helps me to keep their memories alive. It also encourages me to carry on the fight to be respected, understood and accepted for whom I am.

I dream of a world where we are given some sort of understanding and tolerance to live peacefully as able, intelligent fellow human beings who make positive contributions to society.

Transgendered people are human too. We are your brothers, your sisters, your children, your friends and your lovers. Stop the hate!” 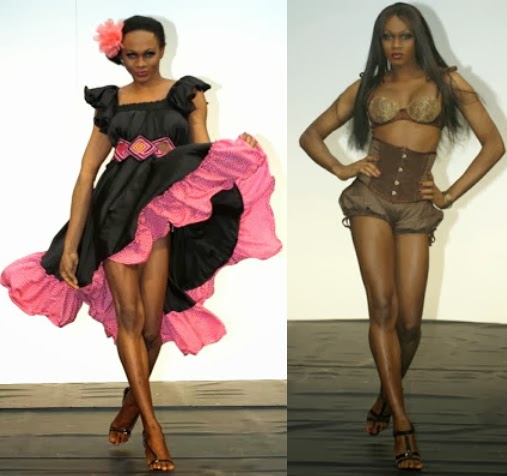 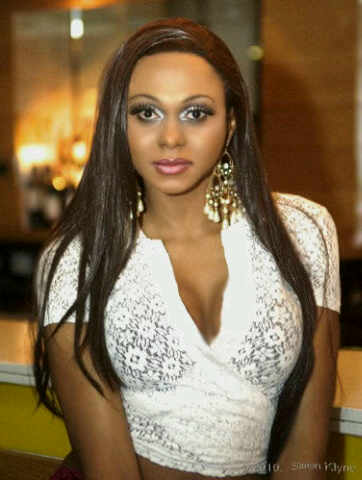 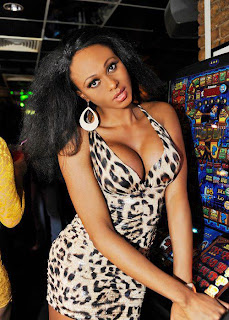 End time is here o… A Nigerian for that matter…Lips sealed.