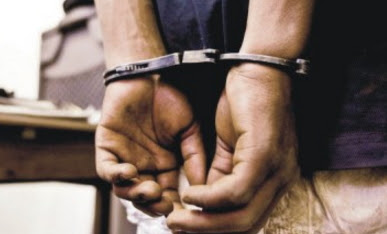 Feb 24, 2017 – Nigerian Man Who Murdered Cameroonian Coworker Has Been Sentenced To Death

An Ikeja High Court yesterday sentenced a 24-year-old man, Adesola Moses, to death for killing his former coworker, Franklin Tah. The convict murdered Tah by hitting his head on a concrete floor. Moses was found guilty on a one-count charge of murder contrary to Section 221 of the Criminal Law of Lagos State, 2011.

The presiding judge, Justice Sedotan Ogunsanya, said the prosecution had proved its case beyond reason and that the accused was found guilty as charged.

“The punishment of murder as stipulated by the law is death and I hereby sentenced the accused to death by hanging. God have mercy on your soul,” the judge ruled. According to the prosecutor, Adebayo Haroun, said the incident occurred on September 23, 2012 at Mathew Shopping Complex, on old Abeokuta Road, Lagos.

In the confessional statement, Moses said the deceased was a good friend who helped him to secure the employment to work at Madame Habiselu’s shop. Although he was later sacked after a series of quarrels he often had with the deceased. He said that he lured Tah to their shop/warehouse, since he was the sales manager at Midasam Nigeria Limited, with the pretext that he was going to buy 20 cartoons of noodles.

Unknown to the deceased, a Cameroonian national, the convict’s hidden plan was to rob the shop and cart away valuables.

“When the deceased got to the shop to attend to his demands, the convict attacked him. But since he couldn’t find any money, decided to eliminate him,” Haroun said. “I decided to kill him so that he won’t expose me. So I had to hit his head on the cemented floor and burnt the clothes I wore which were stained with blood,” .