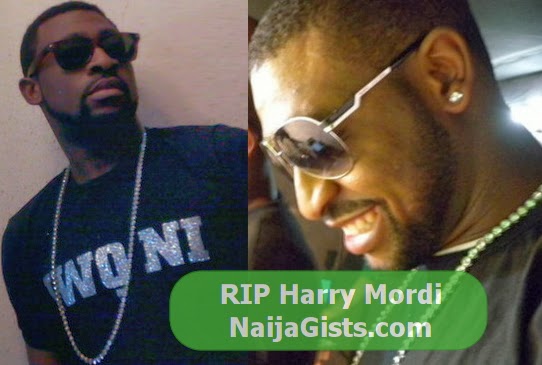 The University of Calabar graduate and a popular music producer for musicians like Tuface Idibia, Waje, Vector and others left the world last night.

Entertainment insiders said he suffered a sudden Asthma Attack on Friday night at a function and before they could rush him to the hospital, he’d died.

Hcode was in his late 20s.
He is survived by his mother and father and 4 siblings.

Harold Mordi aka Harry Mordi hailed from Delta State. He relocated to Nigeria from the United Kingdom in 2007.

He formed the H20 music group and became popular after the release of NAIRA, a hit single.

Here is a line taken from his biography:

His unique fusion of rap, hiphop, afrobeat, and R&B made him a very much sort after music producer and artist. HCODE had to his Production credit jobs for the likes of saucekid (na me be fine boy), Pype, Vector tha viper, Waje and collaborations with Saucekid, Ghetto P, Vector, Shobsy and lots of other Nigerian artists.

After his return to Nigeria, he had brief stint with Nigezie. Till date his creative production style makes his music world class, with hit singles like IWO NI ( a club banger featuring Vector the Viper) and come back home ft. Saucekid & Ghetto P.

Since his death news broke few hours ago, fans having been sending their condolences on Facebook.

Read few of them below:

So so sad!
May his soul rest in perfect peace.