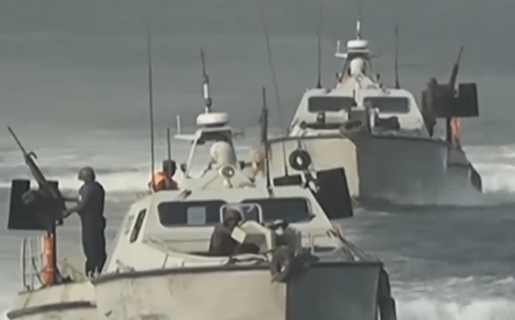 To curb the activities of sea pirates and militants in the Niger Delta region, the Nigerian Navy deployed 2 helicopters, 80 boats and 13 ships to the region.

While the 80 boats were deployed over the weekend to various creeks and back waters to flush out militants and illegal refineries, the capital ships on Tuesday commenced navigation to the high seas for the annual Chief of the Naval Staff (CNS’) sea inspection exercise codenamed “Eagle Eye II.”

Flagging off the exercise at the Onne Port in Rivers State, the CNS, Vice Admiral Ibok-Ette Ibas, said it was designed to assess the operational readiness of the navy to conduct maritime policing including anti-piracy and riverine operations.

He said the exercise was a conscious effort to consolidate on the gains of last year’s programme, adding that the navy incorporated elements from sister services and would collaborate with other security agencies in intelligence sharing.