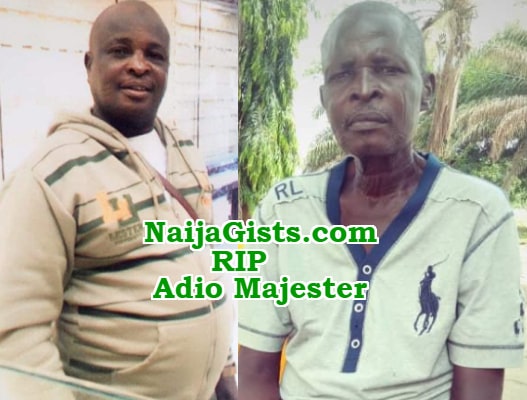 The Nigerian movie industry has once again lost an icon.

The actor who reportedly spent all his life saving on the illness had been in intensive care for the past 5 years before he lost his battle to the killer disease on Tuesday the 7th of May 2019.

Another icon that died of stroke recently is Onifade Oloyo Toyese who was laid to rest in Ibadan yesterday.

Adio Majester before his death was a shadow of his former robust self due to the killer disease.

May the souls of these icons rest in peace.