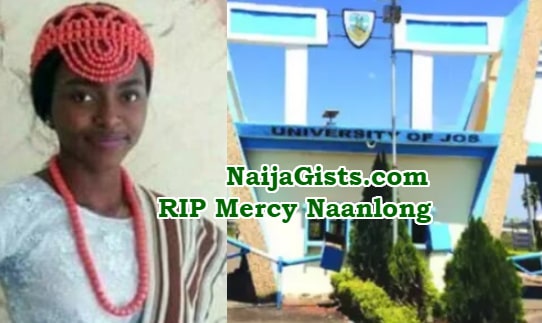 Meet Mercy Naanlong a 23-year-old girl who allegedly took her own life in her hostel room at the University of Jos last week.

The second year Marketing student reportedly took poison after her boyfriend allegedly broke up with her.

Her lifeless body was discovered in her room days after her parents declared her missing.

Here is a press statement police released on her death.

“On May 5, 2019 around 3.30pm, the Angwan Rogo Police Division received a distress call from the Security Department, University of Jos, that on the same date around 3pm, some students of the institution raised the alarm over an odour from Room 23 (Zion Hostel) in Naraguta, University of Jos.

“After the report, a combined team comprising the police, the university security and medical personnel mobilised to the scene of the incident. On arrival, the suspected hostel door was forced open and the motionless body of one Mercy Naan, a 23-year-old 200-level student of the Department of Marketing was seen and recovered.

“She was confirmed dead by a medical doctor on duty at the university clinic and her corpse was deposited in the Anatomy Mortuary of the university for autopsy.

“Preliminary investigation revealed that Mercy was reported missing by her parents to the Security Department, University of Jos, on May 3, 2019. Meanwhile, detectives of the command have commenced investigation to unravel the mystery behind her death.”