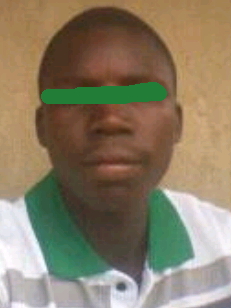 A Nigeria court has begun hearing the case of one cleric, Peter Ododa, who allegedly eloped with a member of his church, a married woman.

The Complainant’s Counsel, Mr Sunday Ijiga, told the Upper Area Court in Mararaba, Nasarawa State that his client, whose name he gave simply as Mr Okpara, got married to his wife on March 28, 2008, only for her to disappear in 2012.

“He said his wife Grace Okpara had shortly after their wedding joined the Holy Family Praying Ministry in New Karu.

“He said also that after he was once invited by his wife to the prayer house, he had since then been uncomfortable with the place.

“His wife continued visiting the prayer house, and suddenly started behaving strangely. Later in September 2011, she abandoned her husband and eloped with the accused who is the Lead Pastor at the church,’’ Ijiga said.

The counsel said that Okpara later reported his ordeal to the District Head of New Karu, who summoned Ododa and made him return Grace to her husband.

Ijiga said that from investigation, it was revealed that the pastor eloped with Grace finally in 2012.

“In spite of all the interventions and warnings from different parties, he refused to produce Okpara’s wife for him,’’ the lawyer said.

In his response, Ododa pleaded not guilty and insisted that Grace was not in his custody.

The Judge, Mr Vincent Gwahemba, ordered Okpara to produce his witnesses at the case’s next hearing date.

He also invited the district head to be at the next hearing of the case.

The judge asked for further investigations into the case and adjourned the matter to February 20 for ruling.