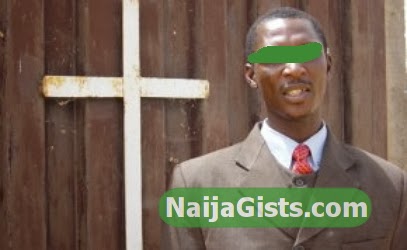 Doctors at the federal Medical Centre(FMC), Idi – Abba, Abeokuta, are battling to revive 42 years old Mrs Patience Samuel who had slipped into coma following severe cut inflicted on her at the neck.

Patience, wood and charcoal vendor at Redemption Camp, was attacked with matchet by her Pastor husband, Daniel Samuel, for shunning fasting, prayer and other programmes going on at the Apostolic Church, Ode – Remo area of the state, where he is a pastor.

The Consultant of Orthopaedics and Trauma, FMC, Dr Ojeblenu, who is attending to Patience’s case, said the woman would still be on close observation because of the degree of injury inflicted as well as the likely psychological trauma on account of shock from the attack.

The Nation learnt that Daniel Samuel had cause to complain severally to his in-laws over his wife’s attitude of placing high premium on her business at the expense of spiritual development, threatening to make his wife rue terribly, her nonchalant disposition to church matters.

The husband who could not put up any longer with his wife attitude was said to have left the church Sunday and hurried to where the wife carries out her business, and argument ensued while demanding explanation for shunning church.

In a fit of anger, the pastor allegedly dashed to a closet, pulled a cutlass and struck her at the neck.

Upon getting to FMC, he was asked to obtain police covering note because of the severity of the injury, but while trying to obtain Police report deceptively, he was arrested and detained at the Owode-Egaba Divisional Police headquarters.

The Ogun State Command Police Public Relations Officer (PPRO), Olumuyiwa Adejobi confirmed the arrest of the pastor, told reporters that he would be charged for false information and wounding.

Adejobi said: “the Pastor is with us, he initially lied to the Police that the wife was attacked by some men but later confessed after interrogation. As such he will soon be charged to court for false information and wounding.”