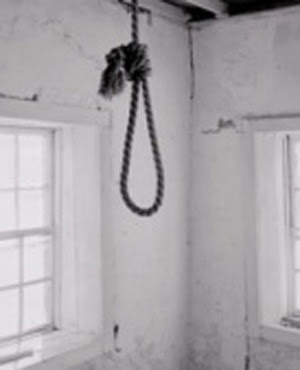 A Nigerian pastor simply identified as Bassey has killed himself in Dopemu area of Lagos after church members accused him of stealing church’s money.

On Monday January 25, 2016 around 5am, Bassey reportedly used a kitchen knife to stab himself on the throat at his rented flat in Mulero area of Dopemu.

A suicide note with “I, myself, not my wife” was found in his room on the day he took his own life.

His wife and son Emmanuel have been arrested in connection to the murder.

The body of the 49-year-old has been deposited in a mortuary in the area.