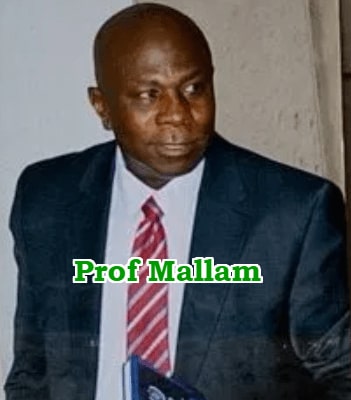 New facts emerged over the weekend on how a gas explosion killed the Chairman of Nigeria Atomic Energy Commission, Prof. Simon Mallam, and five others at Sabon Tasha area of Kaduna metropolis.

The Department of Petroleum Resources (DPR) said the gas vending shop where the explosion occurred was illegal, adding that it used wrong and expired cylinders to do business.

Prof. Mallam, who according to a source close to the family, had just returned from the United States of America on an official tour, was at Sabon Tasha to have a haircut close to the gas shop when the incident happened.

“Mallam, a professor of physics, just returned a few days ago from the United States. On his return, he went to his village, Kagoro, in Kaura Local Government.

“After he returned from the village for the Yuletide, he went to have a haircut in preparation for the Sunday service and subsequent movement to Abuja.

“We learnt that he had just finished having his haircut when the gas exploded from the next shop to the barbing salon. The professor and three others died instantly. Two others died later.”

An eyewitness, who is a manager of a filling station opposite the gas shop, Mr. Jerry Bishop, said that dismembered bodies of the gas vendor and one customer were thrown metres away.

“I was inside my office when the incident happened. We were lucky that we were not dispensing when the explosion occurred. The casualty might have been more because the bottom of the cylinder that exploded landed inside my filling station.”

“The explosion was very loud that it shook me where I was seated. The bodies of the gas vendor, a young boy and his customer scattered several metres away. In fact, some landed in our station.”