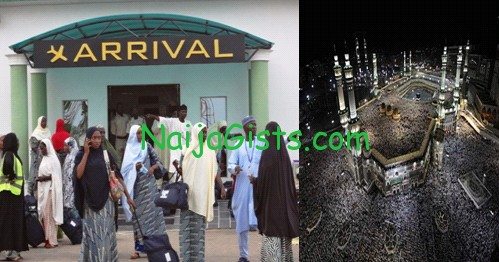 In a unholy twist to pilgrimage, two Nigerian pilgrims (a man and a woman) have been arrested in Saudi Arabia for drug trafficking. naijagists.com

The 2 pilgrims who might face death penalty were caught with cocaine drugs concealed in Garri.

Those arrested are from Lagos and Kwara states.

Here is what Alhaji Oyinlomo Danmole, Commissioner for Home Affairs and Culture, said in relation to their arrests.