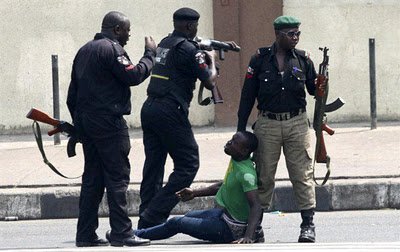 Over 3 years after the brutal murder of their son, the family of Ademola Aderinto, a young man murdered during January 9 2012 fuel subsidy protest in Lagos has received justice.

At a Lagos High Court sitting in Igbosere today, Fabunmi said he was attacked by the mob, during which the rifle containing 60 bullets went off. But he denied shooting the deceased or anyone else.

The court agreed with the defendant that there was indeed a mob at the scene of the incident, but concluded that his testimonies on whether or how an attempt was made to snatch his AK47 rifle and who fired the weapon were conflicting.