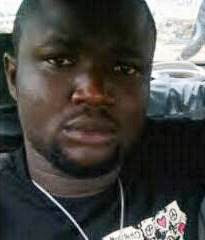 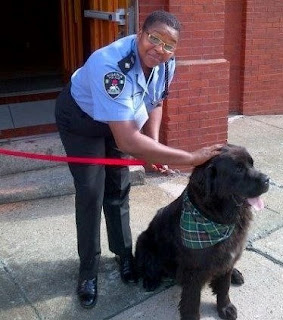 The police in Benin, the Edo State capital, southsouth Nigeria, have killed Momodu Ibrahim, a 22-year old 500 level student of the Faculty of Laboratory Science of the University of Benin.

The police proceeded to bury the victim’s corpse without contacting his family, claiming he was unknown, whereas his cellphone was with them.

Momodu who was said to be the only male child of his parents, was allegedly shot a stone’s throw from his family house located at 1, Igbobaewaye Street, off Siluko Road by Edo Textile Mill junction.

Addressing newsmen at the Nigeria Union of Journalists,( NUJ), secretariat, an elder sister of the deceased, Mrs Ebohon Rebecca Egbe, who called on the concerned authorities for justice, gave an account of how the life of her brother was cut short by the bullet allegedly fired by Mrs. Carol Afegbua, the DPO of Ogida Police Station

“I was in my office in Port Harcourt when I received a call from Benin from a cousin of mine who is a member of the police force, saying that I should take heart for what he was about to tell me, that we lost Ibrahim, my younger brother. I called my mother and she said they have been looking for him in the last two days. Normally it is after 48 hours that you report such thing to the police,” she said.

She disclosed that she later went to the police on 29 May, 2013, only to be told that he was allegedly killed by the DPO of Ogida Police Station and was buried the next day without the family knowing.

She added that her brother’s cellphone, which was with the police rang all through as, “we were trying to locate his whereabouts until the police finally picked the call and asked my mother to come to the station.

“When the DPO was confronted and asked why her men shot my brother, she explained that they did not know his identity because her men asked him to stop and he refused, alleging that he was carrying a gun and wanted to shoot at her men on patrol before the police men shot at him in self defence.”

Mrs Egbe said the family of the slain student was informed that his body had been buried at a public cemetery in Egor Local Government Area of the state.

Following the killing of Ibrahim, hundreds of students of UNIBEN Monday took to major streets of the city in protest.

The students’ protest disrupted vehicular and human activities, resulting in traffic jamp as the students who wore black attire, marched through some major streets of the city calling for the immediate arrest and prosecution of Mrs. Afegbai over her alleged complicity in the murder of their colleague.

The Edo State Police Public Relations Officer, ASP Moses Eguavoen, said that the Police Commissioner was going to wade into the matter.

This is injustice of the highest order. Ibrahim deserves justice.