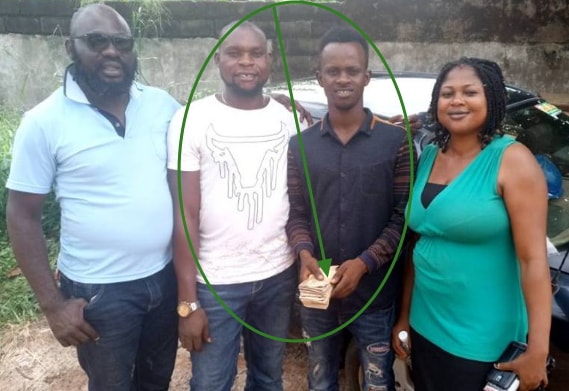 Some police officers in Edo state did the unthinkable yesterday after framing up some young boys with internet fraud case.

According to friends of the victims, the police officers accused the boys of cyber crime after a stop and search and took them into custody where they were told to pay N200,000 to regain their freedom.

After a back and forth negotiation, they agreed to collect N100,000.

The young boys were later driven to an ATM where the said amount was withdrawn and handed over to the police.

According to one Osazee Edigin, when the news got to popular Human Rights Activist Comrade Omobude Agho, he took the matter seriously and reported the officers to the Edo State Police Command headquarter where the officers that carried out the shameful extortion were forced to return the money.

The officers are currently undergoing investigation.