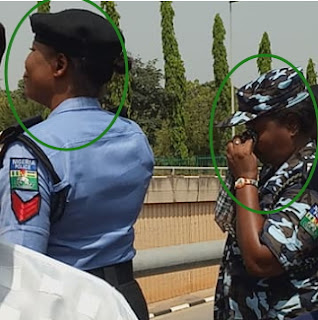 Some police officers deployed to stop BBOG group protesting to Aso Rock today were seen crying even as protesters which include activists of some parents of the missing girl broke down in tears.

The officers who could not hold back their tears were seen backing the camera to avoid being captured but one of the protesters managed to capture them. 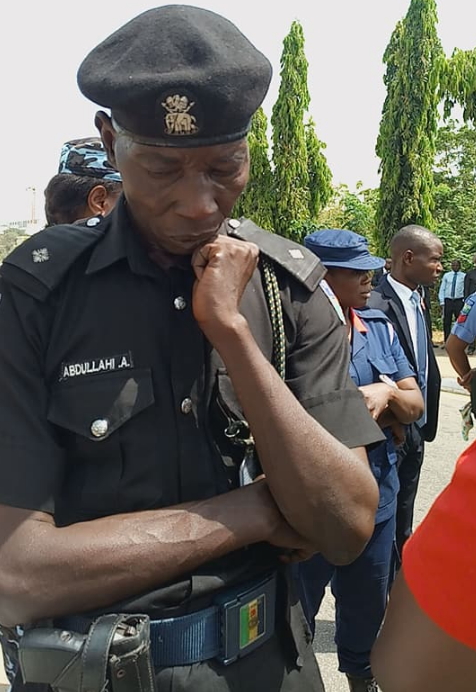 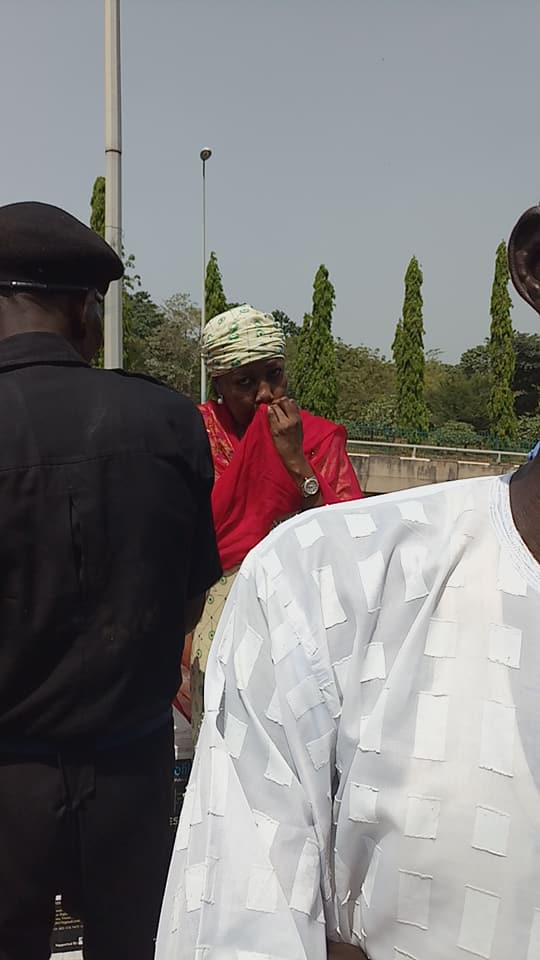 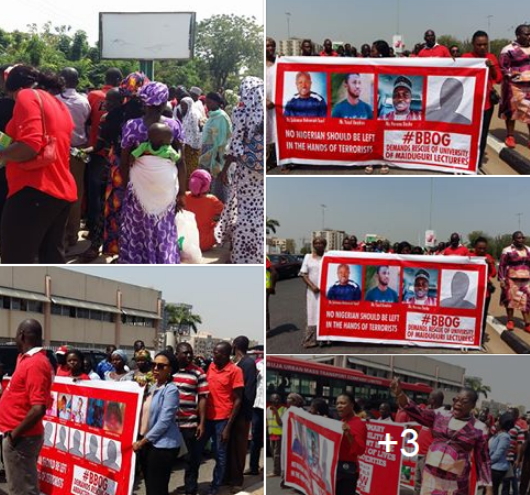 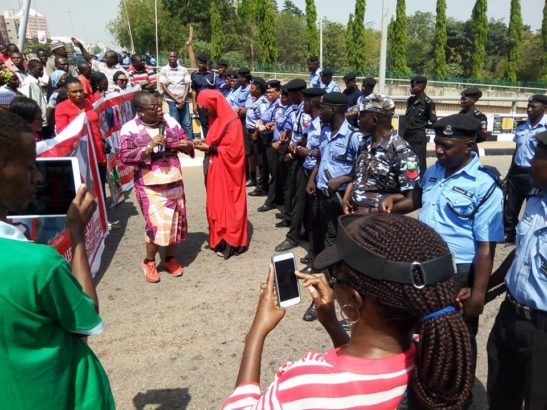 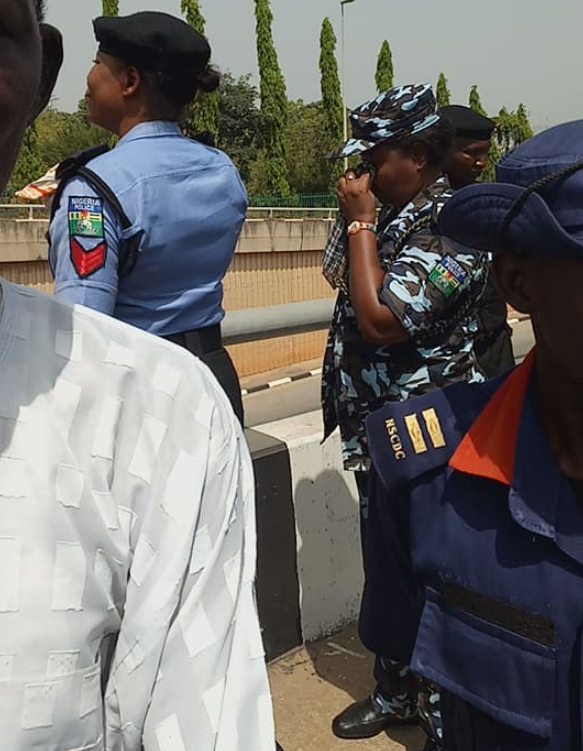 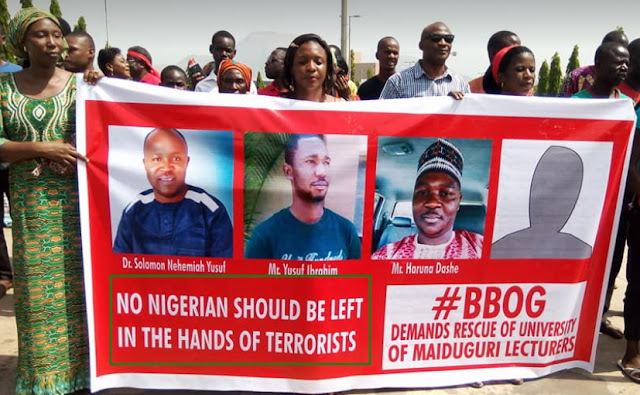 What is even more touching is the statement on the poster that reads “No Nigerian should be left in the hands of terrorists”.