He made this known in Awka today during the final campaign of Anambra Governorship candidate, Dr Tony Nwoye.

Buhari,12 APC governors and National Assembly members in the party were among those who witnessed the event.

According to Emeka Ojukwu Jnr, his decision to join the party was to protect the interest of the Igbos.

Here are some of his words;

“It is time to leave the shadows for light. Every now and then, they come out with my father’s shadow to confuse the people. Mr President, I am proud to stand here today in support of you and in solidarity with the APC and our candidate, Tony Nwoye”.

See more photos from the event below 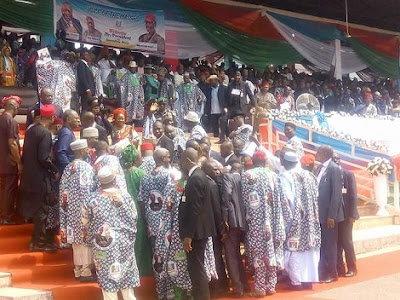 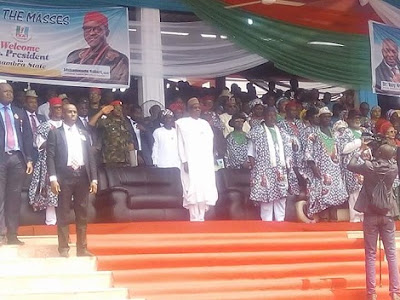