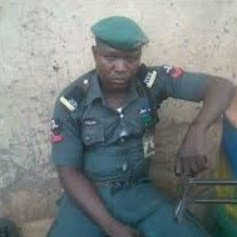 A policeman, who allegedly abducted a 14-year-old girl and defiled her, has been arrested in Anambra State.

He said the policeman, Corporal Baru Garba, would be arraigned after investigations by the command.

The girl was allegedly abducted by the policeman and detained for two days, during which he allegedly had carnal knowledge of her.

“The policeman has been nabbed and detained. He is facing internal disciplinary procedure. He will be arraigned as soon as investigation is concluded.

“This is an isolated case. It does not reflect the core values and ethics of the Nigeria Police. Justice will not only be done, but seen to have been done.”