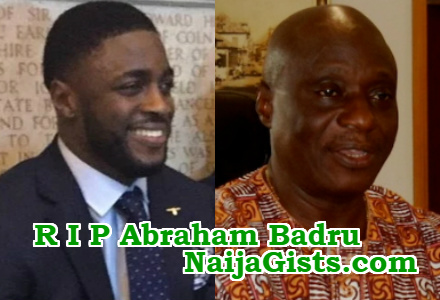 He lost his son to the cold hand of death in London over the weekend.

26-year-old Abraham Badru who went to church on Sunday the 25th of March 2018 was fatally shot dead by an unknown attacker near his family house in Dalston, East London around 11pm.

The deceased who bagged his Masters degree three years ago was found with gunshot wounds after he slumped on the pavement the moment an attacker shot him. He was later pronounced dead at the hospitala.

His father in a chat with Standard UK said the young man trying to make a life for himself in London had a fiancee in Nigeria.