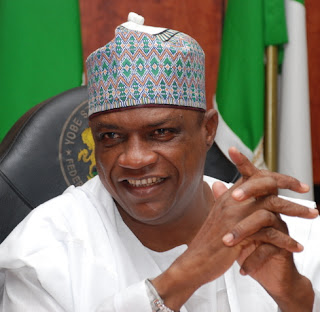 May 5, 2016 – Nigerian Politicians Paying Salary To Their Children & Wives Under Fire

Governor Ibrahim Gaidam of Yobe State governor has threatened to expose those behind ghost workers in the state.

The governor who spoke at the swearing in ceremony of members of the Judicial Service Commission in the state on Thursday lamented the level at which the local government was been short-changed by top government officials and senior citizens of the state.

Governor Gaidam said that he has the names top level government officials who have put their wives and children illegally on the local government payment vouchers and are collecting the salaries and called on them to remove those fake names with immediate effect.

“I am aware of some top government officials in the state that are involved in this kind of mess. Some of them have put the names of their wives and children on payment voucher. My advice for them is to remove those names before it’s too late or else will expose them by publicly announcing their names,” Gaidam threatened.

The governor also hinted on the possibility of handing over the culprits to law enforcement agencies for prosecution should they continue in their business, while admitting that the damage started a long time ago.

Continue Reading
You may also like...
Related Topics:nigerian, politician, salary