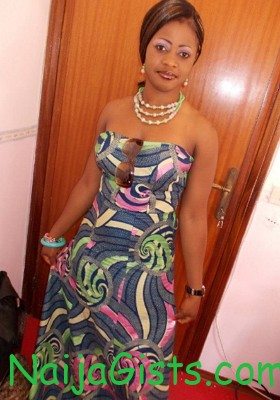 A 27-year-old Nigerian woman identified as Franca Abumen who worked as a prostitute in Rome, Italy has been brutally murdered by some unknown men suspected to be her male clients. naijagists.com

Franca was strangled to death with a black cord tied around her neck in the woods of Stifone in Rome.

Her lifeless body with obvious signs of trauma was discovered on Sunday Dec 10, 2012 after her room mate called police when she failed to return home from her prostitution business.

Police officials in Carabinieri, Rome and Viterbo are working tirelessly to uncover her killers.