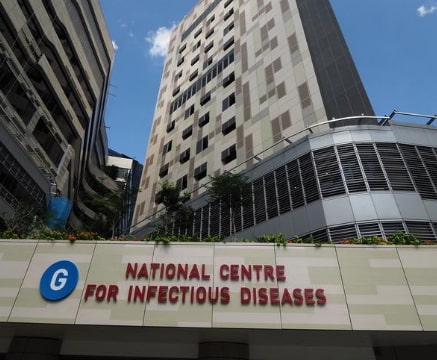 Nigerian Quarantined In First Ever Case Of Monkeypox In Singapore

Singapore has reported its first ever case of monkeypox, claiming it was brought in by a Nigerian who contracted the rare virus by eating bushmeat at a wedding.

Monkeypox Symptoms in humans of which is endemic in parts of Central and Western Africa — include lesions, fever, muscle ache and chills.

Transmission is usually via close contact with infected animals such as rodents and monkeys and is limited between people. It has only been fatal in rare cases.

The man who brought in the virus arrived in Singapore on April 28, the city-state’s health ministry (MOH) said in a statement late Thursday.

The 38-year-old developed symptoms two days later and is currently isolated at an infectious disease centre in a stable condition, the ministry said.

At least 23 individuals who had been in close contact with the man had been traced, and those who are in Singapore will be quarantined and monitored for 21 days as a precaution, MOH said.

One had already left Singapore on May 5 before the Nigerian was diagnosed at hospital but has since made contact with the city’s health authorities and has reported he is well.

He said that on average “each infected person transmits the infection to less than one other person”, which makes the virus less infectious than the common flu.

Outside Africa, human monkeypox infections had only been previously reported in the United States, Britain and Israel, according to the US Centres For Disease Control and Prevention.

Singapore, a tiny but affluent city-state dependent on external trade and tourism, has toughened measures against infectious diseases after it was hit hard by the 2003 SARS virus outbreak.

The disease killed 33 people in Singapore, inflicted major losses on the economy and hit the number of international visitors.

Continue Reading
You may also like...
Related Topics:monkeypox, nigerian, singapore