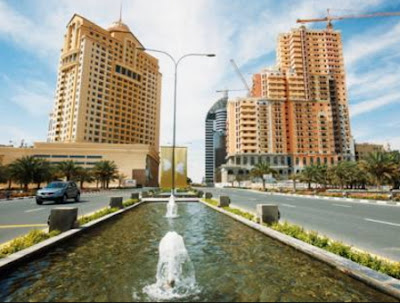 A 30-year-old Nigerian man has been arrested in Dubai for allegedly raping a British teacher.

The 32-year-old victim simply identified as JL accused the Nigerian man of raping her in her Silicon Oasis apartment in Dubai around 2am on Friday the 1st of January 2016.

“After I entered the lift, a man got in behind me. Then he asked me which floor I was staying.

When the lift reached the 25th floor, I got out and the man followed me out. When I reached my flat and felt him behind me, I asked him why he was following me. He said he wanted to be sure that I got into my flat safely. I told him I did not need his help and asked him to stop accompanying me,” .

When I opened the door of my flat, he forced himself in. “I tried to run out of the flat but he pulled me back onto the bed. He held my two hands and sat on me.

I resisted him while he was undressing me but I could not as he was stronger than me. Gradually, I lost all my energy and so he could rape me,” the victim told investigators. When he finished, the victim grabbed the opportunity and rushed to the bathroom. The rapist rushed behind her and prevented her from closing the door.

“When he left the flat, I put on my clothes, went to my friend, and reported the incident to the police,”.

According to Emirate News, forensic report revealed that the woman had bruises and sperm on her body on the day of the attack.