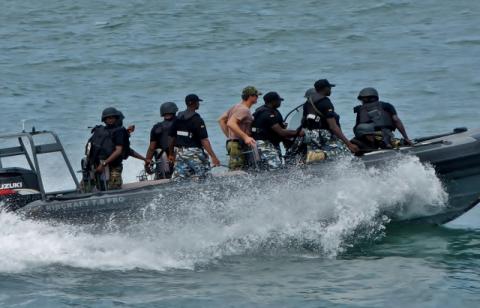 It was blood bath in Port Harcourt yesterday when some suspected Sea Pirates opened fire on police officers on patrol killing 4 out of 5.

According to police report, 24 sea pirates in four speed boats ambushed the men in uniform around 3pm on Tuesday very close to Abonnema Jetty in Port Harcourt, Rivers State capital.

One of the policemen who survived the attack jumped into the deep river and swam to safety.