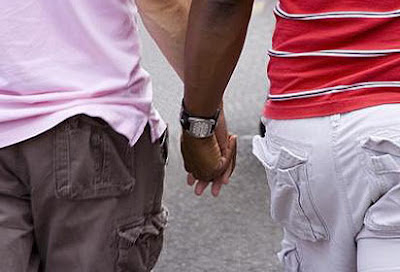 January 26, 2016 – 2 Nigerian Gay Men Caught Sleeping With Each Other Inside Jeep In Ikeja Lagos In Trouble

Egbuna, who claimed to be a soldier, lives at No. 22, Support Regiment, Ijebu-Ode in Ogun, while Ajayi, an unemployed, is a resident of No. 28, Owoduni St., Onipanu on Ikorodu Expressway.

“Ajayi said Egbuna accosted him and told him to have sex with him, promising to give substantial amount of money and that he will also take him to the club to have a nice time.Ajayi agreed because he was frustrated and did not have money to fend for himself,” Ajebe said.

The offences contravened Sections 136, 166 and 409 of the Criminal Law of Lagos State, 2011.Section 136 provides three years for act of gross indecency, while Section 166 prescribes a N15, 000 fine or imprisonment for three months for disorderly act. Section 409 stipulates a two-year jail term for conspiracy.

The accused, however, pleaded not guilty. Ruling on the bail application of the accused, the Chief Magistrate, Mr Alexander Komolafe, granted the two men bail in the sum of N100,000 each with two sureties each in like sum. Further hearing in the case has been adjourned to Mar. 7.