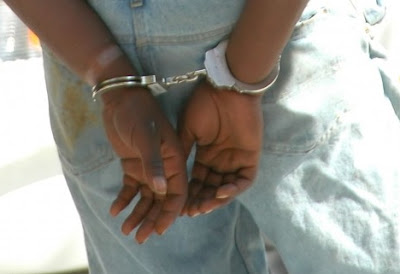 An Ogun State High Court sitting in Abeokuta, on Thursday chastised a retired soldier, Alabi Ibrahim for habitually sleeping with mother and daughter, saying he is “shameless” and undeserving of membership of the society.

The court which described Alabi’s conduct as an “abomination,” sentenced him to life imprisonment not only for defiling his10-year-old stepdaughter, but also for infecting her with Human Immunodeficiency Virus (HIV).

Alabi was said to have committed the crime in 2012 in his Abeokuta home where both the little girl and her mother reside.

The sexual assault on the girl drew the attention of the Ogun State Chapter of the Child Protection Network (CPN), a Non-Governmental Organisations that fights for children’s rights which pushed for the arrest and prosecution of the suspect.

A medical report from the Federal Medical Centre (FMC), Abeokuta, and tendered in court during trial by Dr Seyi Adejobi, indicated that the convict had sexually assaulted the girl and also infected her with HIV while the convict’s blood sample also tested positive to HIV.

The girl in her oral evidence told the court that the assault was routine and had since lost count of number of times she was raped by her step – father.

According to the girl, she was always threatened with death by the convict if she ever told anybody about it.

The convict’s Counsel, Adebola Okudoro, in pleading for clemency for his client, argued that the allegation was hearsay, and appealed to the court to temper justice with mercy.

Okudoro said: “the accused person is a first offender. The health of the accused should be put into consideration. He is infected with HIV, and will need access to medical attention, which is very expensive, and there are no such facilities in prisons custody.

“The accused person is the breadwinner of the family. He has several dependants. We pray the court to temper justice with mercy.”

But delivering his judgement, Justice Abiodun Akinyemi held that the victim’s testimony during cross examination and the medical report have convinced the court that the accused defiled the girl and also infected her.

Akinyemi added that the convict’s action has brought a permanent stigma on the innocent girl while medical report does not suggest that the girl had earlier been sexually assaulted as been made to believe by the convict.

“I am fully convinced that the accused had repeatedly had sex with the girl. I found the accused guilty as charged. I find it not in my mind to show any mercy.

“The man is shameless, sleeping with mother and child, what an abomination. People like him need not to be in the society. I therefore sentenced him to life imprisonment, he should however be given access to reasonable treatment,” Justice Akinyemi held.