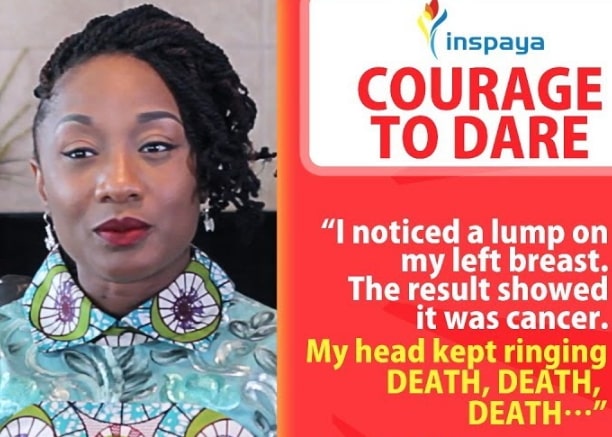 Juliet Aguwa, who has survived breast cancer in the last 12 years, says life after surviving the disease is not often discussed for the benefit of all mankind.

She told NAN that families of cancer survivors should be helped to rebuild and live a healthy balanced life.

Aguwa  said that in order to help cancer recipients live a healthy life, she had launched her non-governmental organisation to ensure the message about breast cancer reached the nooks and crannies of the globe.

“My advocacy as a Breast Cancer survivor didn’t just start now, I’ve been travelling, impacting and advocating for its awareness since 2010, and I’m working with global organisations such as Nurses Affecting Change, American Cancer Society, Susan G Komen.

“I launched my NGO, `Courage to Dare’ in 2010. I’ve gained recognition for my work from the global media from The Oprah Winfrey Show, Moments With Mo — Mo Abudu, USA Today, Genevieve magazine and more — these are platforms that have supported me to share my story and encourage other African women who have been diagnosed to have the disease.

“Now it’s time for me to tell another chapter of my story. Life after surviving breast cancer is a world that is not often discussed such as family, rebuilding and living a healthy balanced life as a Breast Cancer recipient,’’ Aguwa told NAN.

She said that she recently launched a website julietaguwa.com, a strong platform that was geared toward educating in Nigeria and globally by sharing real life stories as a patient and survivor.

She added that technology had now made it easy for advocacy and education to happen in micro moments and reach thousands of people who need information.

She said that her NGO, Courage to Dare, partners with health care practitioners and global advocates on awareness outreaches worldwide.

“Our visits over the years have implemented monthly self-examinations to detect signs of breast cancer, such as a lump, education on mammogram screenings and encouraged men and women to talk to their doctors about when and how often to get a mammogram,’’ she said.

She said that her project “The Juliet U. Projects’’ had now been put in place to scale her efforts, facilitating powerful discussions and bringing the right stakeholders together to support men and women diagnosed with breast cancer.

“After education comes action, women need access to effective and affordable healthcare, and this must be treated as a priority for government efforts to be effective.

“The welfare of healthcare practitioners must also be treated as priority as they are a key players in facilitating progress in this space.

“Local and international collaborations between government and NGO’s like us will go a long way. We will do it better, if we do it together.

“We must collaborate to educate, raise funds, equip hospitals and take other necessary actions to lower the death tolls.

“The good thing is that the World Health Organisation has been able to give a level of data on cancer diagnosis,’’ she said.

She noted that one of the major challenges faced in Nigeria and some parts of developing African countries is lack of adequate, structured, effective and easily accessible data and statistics.

“To get this information may be difficult but there is a minimum of one screening center in every major city in Nigeria.

“NGO’s are also constantly running free screening campaigns from time to time and October is one month of the year where women and men can be on the lookout and take advantage of this opportunity.’’

Aguwa said that one of the key reasons why the Juliet U project was launched was to collaborate with as many sectors on work to be done in closing the gaps on data, accessibility and affordability.

The opportunity of excellent care to underserved communities in the country and continue to ensure that these communities were eligible for the programmes and that they received the appropriate screening and treatment they deserve, she told NAN.

“Juliet U Project will also be working on a documentary project that highlights collection of stories from several women, hoping that it serves as a bridge to showcase men and woman’s journey and as a result, render help to a lot of underserved communities,’’ she added. (NAN)

If You Want To Kill A Big Dream, Tell It To Small-Minded People!
Never Get So Busy Making A Living That You Forget To Make A Life; Pursue Your Passion, Not Your Pension!