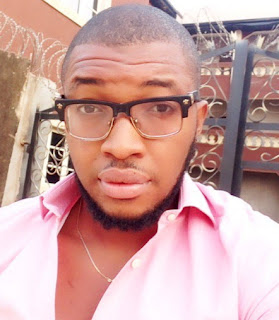 This young man identified as Valentine Udoji aka Edu Val has lost his one year battle to lung cancer.

What made his story touching is that Edu Val died today Sunday January 14 2018 at a private hospital in Festac Lagos because he couldn’t endure the pain any longer.

For the past 2 weeks, kind hearted Nigerians have been donating blood for him but that didn’t help his situation. 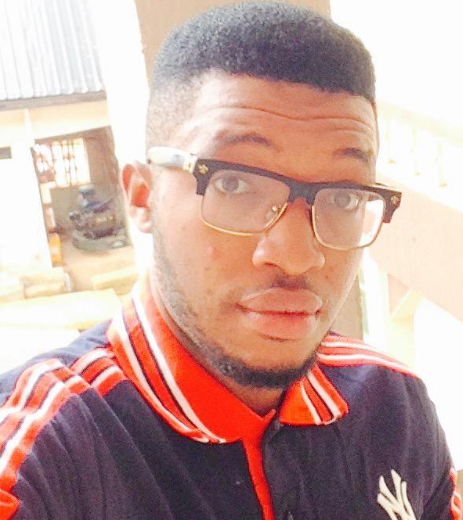 All the pain killers doctors prescribed for him didn’t work either.

Edu Val who has been lamenting since December was recently diagnosed with Ulcer, a life threatening condition that aggravated his serious health condition.

Here are some of his Twitter posts before he died: 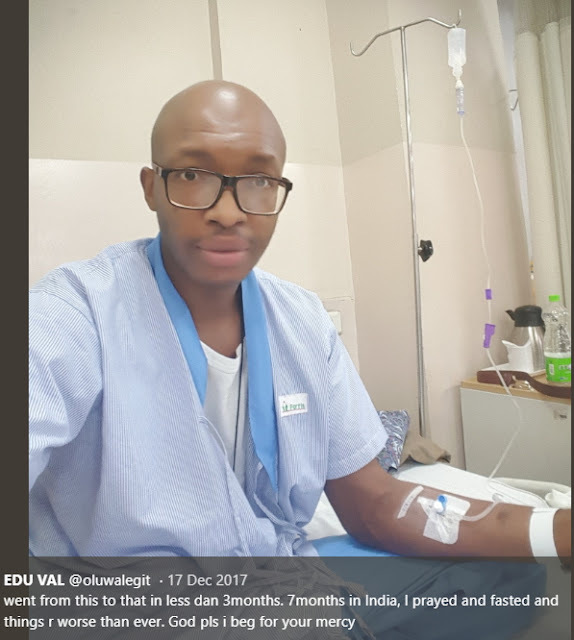 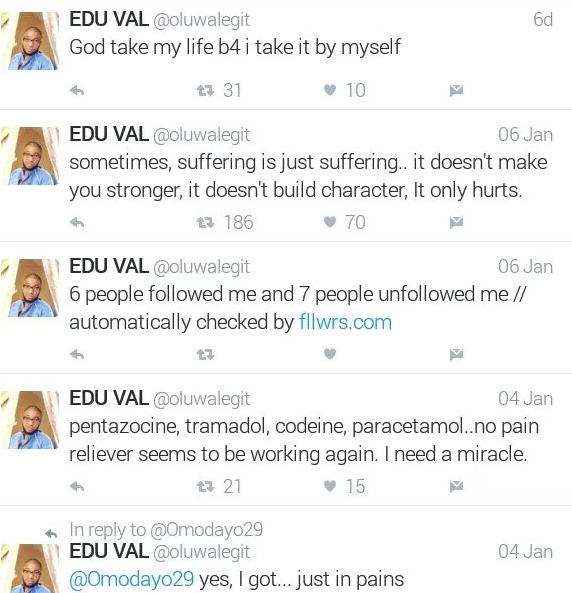 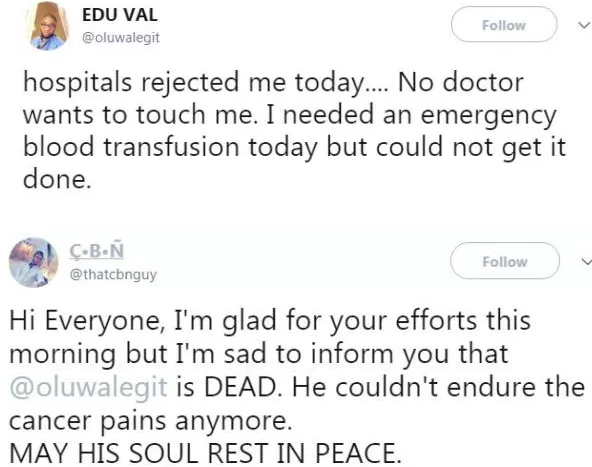 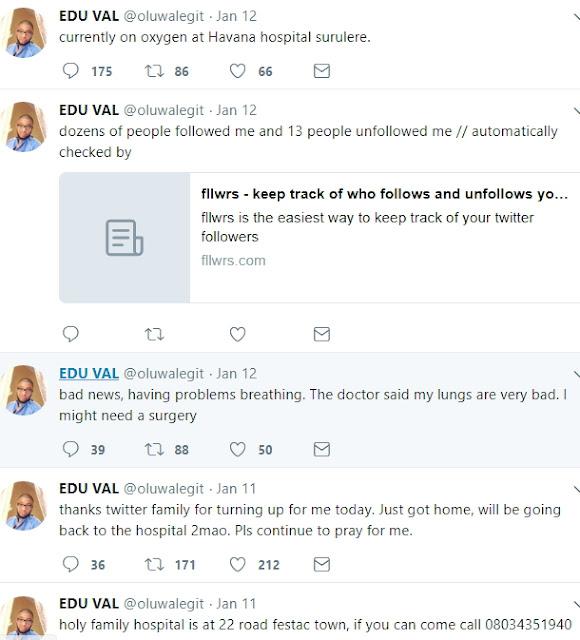