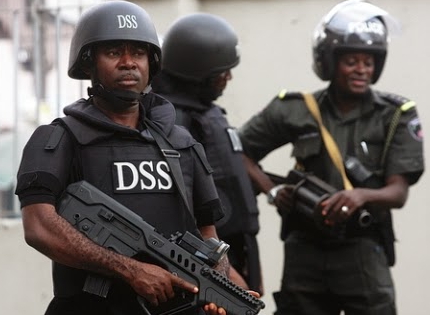 August 28, 2017 – Nigerian Teacher Arrested By DSS Over Link With ISIS, Islamic State Terror SEct To Regain Freedom As Judge Orders Agency To Bring Him To Court

In Abuja today, a Federal High Court ordered the Department of State Services (DSS) to produce a secondary school teacher, Yusuf Lukman Omeiza, who is being held in the agency custody since October 7, 2015.

Omeiza, who teaches at the Divine Academy Secondary School, Inozomi, Okene, in Adavi local government area of Kogi State, was arrested by the DSS on allegations that he has a link with the Islamic States in Iraq and Syria (ISIS).

Justice Quadri’s decision to reschedule hearing in the case was informed by the absence of the Director General of the DSS (named as the 1st respondent) in court on Monday.

The 2nd respondent, Attorney General of the Federation (AGF) and the applicant were represented.

Omeiza, in the suit marked: FHC/ABJ/CS/502/2017, wants the court to, among others, order the 1st respondent to direct his unconditional release, and declare his continued detention unconstitutional.

The applicant, who is seeking N20 million compensation from the respondents, also wants the court to restrain the respondents from further arresting him in relation to the allegations.

Omeiza’s sister, Fati Muhammed said in a supporting affidavit that his brother was arrested from his school on October 7, 2015.

She said after his arrest, the DSS operatives searched his house and did not find any incriminating material to support the allegations against him.

The applicant’s sister said he was later taken to Abuja and has since then been in DSS custody without being taken to court as required by law.

She said: ” I have personally sought for the bail of the applicant which the 1st respondent (DSS) refused to grant.

“The day I saw the applicant at the DSS office, he was looking pale and emaciated, indicating that all is not well with him health wise which he confirmed.

The applicant is married with children who have suffered serious emotional, psychological and economic hardship since the arrest of the applicant,” Mrs. Muhammed said.